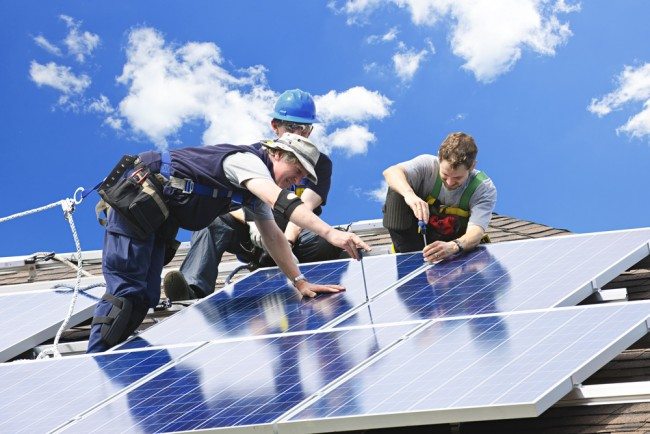 The solar power industry has proposed an emergency plan to rescue renewables, which it says would add just £1 to consumer bills by 2019, on top of the £9 a year that clean technology subsidies cost bill payers, reports The Guardian.

The scheme is a response to government plans to cut subsidies for rooftop solar panel installations by 87 per cent from 1 January. The Solar Trade Association (STA) has warned the move could cost up to 27,000 jobs and waste public money already spent on supporting the technology.

Solar companies are already going bust as a result of the changes, with an estimated 1,000 jobs lost so far. On Friday, a company backed by the billionaire inventor Elon Musk pulled out of the UK, blaming the government for not supporting the technology.

Zep Solar UK, which is owned by SolarCity where the Tesla boss is chairman, was the fourth UK solar business to close in a fortnight. SolarCity blamed cuts to solar subsidies announced by the Department of Energy and Climate Change (DECC) in the summer.

The STA plan would include higher initial tariffs for subsidies to make investing in the technology viable, with reductions set out to allow the government to control costs and give the industry certainty. The plan would ensure that families, farmers, housing associations and community groups could continue to be involved in the move towards low-carbon power and give them more control over their energy, the STA argues.

“Solar is the future and this is recognised the world over,” said Paul Barwell, its chief executive. “We think the British public will find it very hard to understand why government would decimate the nation’s favourite energy source for the sake of just a quid on bills. But we do need government to act quickly now.”

The STA says its plan would allow the solar power industry to become subsidy-free, preserve 15,000 to 20,000 jobs and enable hundre