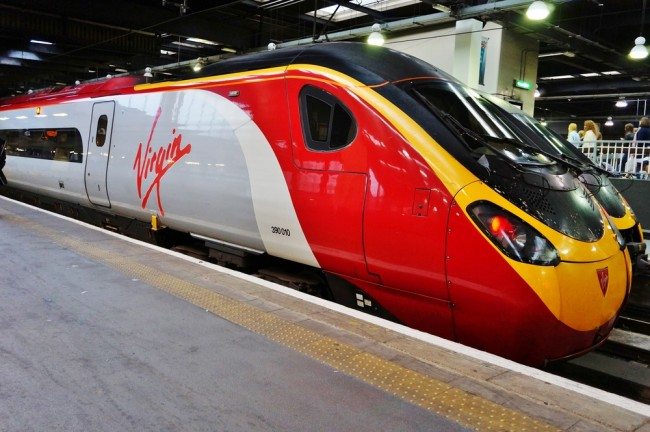 However, the proposals from the Virgin-Stagecoach consortium have been criticised by industry campaigners who believe that the train operator is trying to undermine plans by FirstGroup and Arriva to launch rival niche services between the capital cities, reports The Times.

Virgin and Stagecoach, which jointly operate the long-distance services north from King’s Cross and Euston stations in London, have said that the monopoly franchise system should be replaced by licences that would allow two operators to compete against each on the same tracks.

Their plans have come in submissions to the Competition & Markets Authority investigation into the rail market launched soon after Virgin-Stagecoach became the country’s dominant player, responsible not only for the west coast and east coast main line operations but also London’s busiest commuter network, South West Trains.

The joint-venture partners say that competition should come within the market between two licensed operators for the same network rather than the present “open access” regime that allows independent operators to seek to snatch parts of the market from the incumbent franchise-holder.

The Virgin-Stagecoach proposal comes only days after rail regulator hearings in which FirstGroup bid to operate low-cost train services with fares starting at £25 between London and Edinburgh and at which Arriva said that it was seeking to run an operation — branded GNER — to cut journey times to a record-beating 3hr 45min using high-speed tilting Pendolino trains.

Such open-access operators do not pay fees to either the government or Network Rail and their business models, Virgin-Stagecoach says, amount to “cherry-picking” and damage and confuse the market.

That language revealed Virgin-Stagecoach’s own agenda, Tony Lodge, a long-time campaigner for open-access competition, said. “It is welcome that Virgin and Stagecoach accept that there must be more on track rail competition,” Mr Lodge, a research fellow at the Centre for Policy Studies think tank, said.

“But to bash and oppose what little open-access competition there is reflects an underlying monopolistic desire to see off those trying to deliver real competition and grow new rail markets and reduce rail fares, particularly in the north.

“Evidence shows that where a franchise faces open-access competition then more people use the railway and more routes are served with happier passengers. If the monopoly rail providers want to see open-access rail companies pay more track access fees then that is right, so long as they then get greater access to the railway.”

Other open-access operators include Arriva’s Grand Central, which runs trains between London and Yorkshire. GNWR, another subsidiary of Arriva, which is owned by Deutsche Bahn, of Germany, has won the right to reconnect Blackpool with London through direct services on the west coast main line.