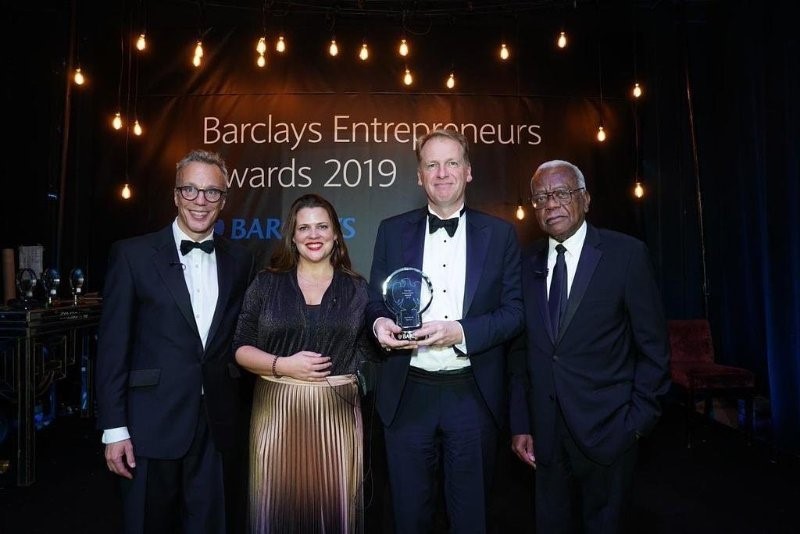 Do awards ceremonies matter in a year in which industries have been decimated by the coronavirus pandemic, and with a bleak outlook for parts of the economy?

The short answer is ‘yes, more than ever’. Awards give us an opportunity to promote the best, the great, good deeds accomplished and lessons learnt from the examples set.

In my career, I have been involved with a number of industry awards or initiatives focused on celebrating the “best of breed” in various categories. In each case, the challenge as a promoter, producer, or even judge has been finding scale in the number of entries to make the selection of the final candidates a meaningful exercise. That said, without exception, I have never seen an award (given in a year) being offered to someone who didn’t deserve it. As a result of being involved in the process, I have indeed been privileged to meet some outstanding companies managed by some equally remarkable teams and led by extraordinary individuals who represent the very essence of entrepreneurship; people you would want to be associated with.

So, yes, I am a big fan of awards and the benefits they offer companies. However, I temper that enthusiasm with a critical eye on what awards should accomplish for the businesses concerned. As I see it, companies enter awards for two primary reasons: either to communicate to the industry that they have arrived, or to celebrate the achievements of the team; ultimately, it boils down to wanting to say something big about themselves. Therefore, for an award to achieve the desired objectives, it needs to follow some basic guidelines that I would summarise as follows:

First and foremost, an award must be seen by the companies or parties being judged as worthy of winning, often by assessing peer competitors or the companies that have won the award in the past. So, the award needs to benchmarked against previous entrants; or, if it is a new proposition, to present scores as a measure of merit. This prestige can be built on over the years; the more granular, the better, ensuring that companies that don’t win can learn from the feedback and look to understand what they need to change to move forward.

The award must be judged by professionals with a sound understanding of the territory they are covering. I remember one particularly niche award I once launched was won by a company that didn’t care for the principal sponsor, and didn’t even particularly want to attend the gala dinner for winners. All they cared about was the judges and being able to use the endorsement of the panel of industry experts of their tech stack to attract Series A funding, which they got as a result of wining – investors actually commented they weren’t sure of the technology but rated the judges, so that gave them the confidence to invest.

You want to be in the room with the players. In ‘awards speak’, this means curated events where entrants – not just winners – can get together to source capital, talent, advisors and market access. It is simply too much to expect businesses to connect in one night at the presentation dinner. Rather, awards should offer a pathway for entrants to meet new contacts, hear fresh ideas and ultimately begin to use the experience to generate revenue.

Getting the organisation thinking

In one of my first jobs, the division I worked for enjoyed extraordinary overseas sales. This had not been planned; rather, it was one of those happy accidents that had transformed them into an international business operating in a specialist sector. So, I applied for the “Queen’s Award for Export” (for reasons I won’t bore you with, we did not pursue it). However, prior to considering entering the award, the leadership team had never really studied what had happened in the business as they had been too busy meeting demands. But when they were asked to think about and present the success of the business, they began to think about what they could do to nurture growth, what further planned expansion would look like, and to consider the cost of sales. As a result of this evaluation, changes were made to benefit the business even further.

In summary, whatever you may think of awards, if they offer a route to meet more people, make more connections, get the organisation thinking and inspire change, then it is worth entering. And, who knows, you might even win…

Matthew Margetts is a Director at Smarter Technologies and brings experience in media and technology spanning more than 25 years. His background includes working for blue-chip companies such as AppNexus, AOL/ Verizon, and Microsoft in the UK, Far East and Australia.
View all posts

Matthew Margetts is a Director at Smarter Technologies and brings experience in media and technology spanning more than 25 years. His background includes working for blue-chip companies such as AppNexus, AOL/ Verizon, and Microsoft in the UK, Far East and Australia.