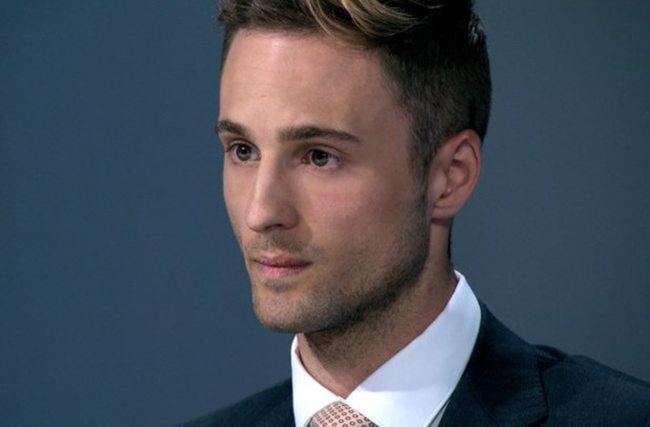 Tasked with a trip to Manchester (cue some very dodgy Mancunian impressions by a couple of contestants) to set up shops on two separate floors of the Arndale Centre, were the two teams set for sales success and buoyant bottom lines, or would it be more than their prices that hit rock bottom?

The name of the game was buying in bulk, low margins and quick stock movement, the staple of any discount store, and for the winners to have the highest combined value of cash and leftover stock.

After Lord Sugar spoiled the contestants’ day of rest to start the task, and to move Gary into the opposing team to balance out numbers, leaders were nominated and, after a short scuffle, Scott and Gary rose victorious.

Sitting round a table discussing what to stock, Scott’s team started well, although finished by deciding on a risky strategy of selling electronics-based products, despite their experience to the contrary.

Gary’s team almost didn’t start at all with Gary piping up, “I just want to get my head around these, carry on doing what you’re doing, don’t think I’m ignoring you,” as the team argued. Somehow decisions were made to stock a traditional discount store base of homewares and gifts and soon it was time for both teams, with £500 seed money, to whizz off to the wholesalers to stock up.

Then came some market research – ‘dry sales runs’ on unsuspecting members of the public walking past a couple of Apprentice-owned market stalls to test the saleability of their chosen product ranges. All went relatively well with the exception of one small stall incident – pricing! Unfortunately all of the product prices on the Connextus stall were purposefully misleading and, in fact, actually broke the law – was this an Apprentice first I wonder? Karen couldn’t let this pass and she sternly put a stop to the fake discounts and explained the retail rules.

With the beta testing experience under their belt, both teams perfected the proposed product ranges and the bulk buying began. Negotiations at the wholesale warehouse proved a little more embarrassing than I am sure Gary’s team had hoped as, at Gary’s suggestion, they asked for a buy one get one free approach at an establishment that by nature has low margins and would rather laugh and lose a sale than consider such a proposal.

Without this idea, however, we wouldn’t have got to enjoy, experienced panel member, Claude’s fantastic facial expression – a combination of disbelief and distain! The expression lasted until well after the team had managed to secure its (relative to expectation) measly 5 per cent discount.

Finally the day of the store opening arrived and both teams set-up their stock. Gary’s retail experience that formed the basis of their shop – Manchester’s Discount Store – seemed to work well, albeit he seemed more interested in the theory of, than participating in, the customer experience. Discount Haven, Team Scott’s growing concern, suffered from poor placement of stock and some pretty serious infighting over various individuals’ requirements for credit in the Boardroom, all to the detriment of their bank balance.

The eight hour shopping day disappeared in a haze of plummeting prices and panicked team members, but the exhausted entrepreneurs had to wait until the following day to find out which team had bartered their way safely out of the Boardroom. Lord Sugar had, as ever, some super soundbites to share, but not on any topics that we haven’t heard before.

It seems impossible to fathom that after all these years of The Apprentice, the candidates are still making the same mistakes. Do the candidates that enter not watch the show first? Is it an inability to develop a learning curve? Or perhaps the whole thing is so stressful that they begin filming as sensible business people and end up on the forgetting everything they know the more episodes they undertake?

From Sam being unable to add up what they were buying, leading to a rather embarrassing requirement to put things back once all the items had been rung through the till and Selina persistently sharing her grievances to as many people who would listen. Gary seemed hell bent on delving into the detail which left his team leaderless for big chunks of the task and Scott, at points, just seemed fed up with it all and on the verge of telling everyone to Sugar Off!

To be fair to Scott though, as Sugar’s sidekick Karen noted, he certainly kept on trying to get the task done and motivate his team, despite a seemingly implied (but unspoken) threat from ex-marine, (and self-proclaimed perfect man), Brett, to kick Scott’s head in, or something similar.

Overall, Versatile, (Gary’s team) won by more than £500, with a finishing combined total of £1511.07 and they set off for Champagne at the Chard. And Scott’s team were left to be ‘Sugared’. Eventually, Scott requested Brett and Sam accompany him back into the Boardroom – who can blame him after Brett’s outburst and Sam’s financial wizardry.

It was Brett’s third Boardroom visit and Scott and Sam’s second so none of them were saints. Scott admitted his faults noting “I didn’t perform, I didn’t feel good in any part of this task.” But was his fate already sealed?

It appeared not, and Scott lived to see another day, as did bolshie Brett. Sadly for children’s tutor Sam, he didn’t, and was dismissed for being “out of his depth”.

This week’s episode seemed more depressing than dramatic and was knee deep in niggles, whinges and moans from both teams. Brett pretty much summed up the episode’s mood: “It doesn’t matter how much you might trust someone, it’s dog eat dog.”

So let’s hope next week’s task of planning children’s parties lightens the candidates’ moods and bounces us back into an Apprentice episode we’ll all enjoy watching.

And if after all this, you still hanker to swop places with the current candidates, the BBC is looking for people to take part in the 2016 series – could you be Sugar’s next big investment? Would you want to? Find out more at: http://www.bbc.co.uk/programmes/b0071b63