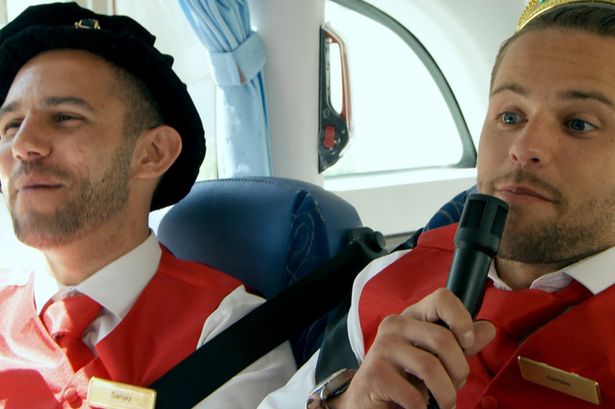 In fact, the four did a better impression of Muppet spin offs the Fraggles, than they did of entrepreneurs ready to do business with Lord Sugar.

Setting the scene for the show, Sugar called Tenacity and Summit to a service station at J23 of the M25 and commented that “coaches are money-making machines”. Announcing the task as selling coach trips to tourists that want a day trip outside the capital, the teams would need to plan the tour, negotiate entry to top attractions and “show people a good time”, with the team making the most profit crowned the winners.

It sounded simple enough. Easy to know your costs, and fix them, so margins could be easily defined and, as everyone reading this will know, once you know your costs, you’ll be well placed to set your prices. And for those of who have taken part in any sort of corporate graduate recruitment task or management training programme, this type of task is bread and butter so it shouldn’t be news to these high level candidates.

Unfortunately the simplicity of the price-setting process somehow passed Summit project manager Sanjay by – ironically as his day job is a senior manager at a bank. In fact, the concept was so far away from Sanjay’s approach that I thought it had leapt onto a passing coach and driven off into the sunset. And that’s how Sanjay came to be on last night’s four most annoying candidates list – he really, really should have known better. All the other reasons are just a bonus. Like for example, pitching the tour as a historical one and then failing to provide any real historical facts, the ‘entertainment’ on the coach (we’ll come to that later, there are no words) and, as PM, allowing a multitude of other offences to take place including the coach running 45 minutes late, before they’d even started the tour.

Slot two goes to Tenacity project manager and pub quiz king Daniel. After (verbally) fighting Mark for the PM honour, Daniel said that he’d “out sell and out class” Summit and claimed, “There’s nothing you can throw at me that I can’t be brilliant at.” I’m afraid Daniel, I beg to differ.

In fairness to Daniel he started off well. Despite my loathing of coach tours, I quite liked the idea of the English Experience – a bit of Blenheim Palace and a trip down the River (minus Felipe’s painful narration). The team even set a decent, high end price. Sadly, Daniel who claims that his best business talents are natural sales and negotiation skills, not only failed to sell anything – although he did argue he “closed” two of the pitches – but he also discounted ‘Tenacity Tour’ tickets, produced (alleged) lunch for £2.10 a head on a £99 ticket and rubbed all of his team up the wrong way (not literally I hasten to add).

The third candidate on my hit list is James. Now, James did sell, but despite Lord Sugar’s previous warnings, it was a sale at pretty much any price. And when he teamed up with Sanjay for the musical duet on the coach, if I hadn’t be writing this article, I would have turned the programme off and drunk wine through a straw to get over the embarrassment of it all.

Donning a cheap plastic crown, “King James” and PM Sanjay tried tunelessly to entertain the guests, who, although were wide ranging in age, were all there because of their love of history – and presumably from the heckling, not for the love of the children’s song ‘The Wheels on the Bus’, which was one of the classics offered up by the disastrous duo.

James tried to bluff his way along the tour, making jokes where he had no knowledge and Sugar told James for “the last bloody time” to “clean your act up and stop clowning around.”

Last but not least comes Jemma. Less offensive that the other three, Jemma makes the grade because her tour was so terrible. Telling Sugar she’d swotted up, it didn’t seem like it. For example, she said Henry VIII and Anne Boleyn “grew apart” which you could say was rather an understatement. Jemma also had other qualifications, like the cringe-worthy negotiation at Canterbury and some general invisibility issues that Lord Sugar raised before firing her.

Personally I was amazed that Sanjay and James stayed, with Jemma last on my list of offenders. And, unfortunately, as Tenacity won by a decent margin Daniel wasn’t able to get fired – something I think his entire team may have taken issue with if they could.

Despite the terrors of this tour-focussed episode, there were a couple of winners. Lauren delivered a killer tour – somehow in the limited preparation time it was smooth and knowledgeable; and Solomon put a smile on my face throughout, offering up a practical summary of Summit’s situation pre-boardroom: “If the other team have sold high, we are absolutely screwed.”

What will always continue to baffle me, of course, is why seemingly bright people put themselves in these positions in the first place. Clever candidate selection and an editing process that brings out the candidates most media-satisfying traits is reality TV’s trademark and although I’m not sure anyone would ever call The Apprentice reality, when the candidates see themselves on screen, I’m guessing it’s unlikely to be what they imagined.