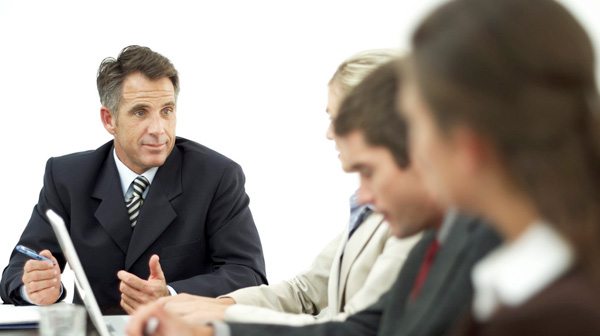 Over the past few years, a great many business leaders have adopted a new approach to their work force by turning their back on traditional employees in favour of outsourced professionals.

So what’s prompting this trend?

Businesses tell me that over the past few years, National Minimum Wage has risen at a much faster pace than in previous years, and the Government has pledged to raise the NMW to £9 an hour by 2020

While few would object to giving the poorest workers in society a wage boost, the impact of minimum wage rising to the equivalent of a graduate salary, means that graduates must either receive a pay rise or leave university earning the same as someone who did not have a higher education – and that hardly makes £50,000 of student debt seem justified!

But if your graduate is now getting a higher salary, this comes as upset to the staff who graduated five years ago who are now earning less than the new graduate. So they need a raise too. And so the cycle continues up the workplace hierarchy, adding tens of thousands to the wage bill and eroding profits from the bottom line.

Throw in the introduction of pensions (rising from 1% to 2%), Employer National Insurance at 13.8% (as wages grow, the tax bill grows too) and an ever increasing litigious culture around Health and Safety and Employment Rights; it is little wonder that hiring a freelancer makes a lot more sense. Both commercially, and practically.

Outsourced professionals generally cost a lot less – a minimum wage employee earning £7.83 per hour, working 40 hours a week will cost the employer around £17,534 a year – of which 28 days (the equivalent of £1888 in wages) has to be paid but is not worked, for statutory holiday. A self employed freelancer of course, is not paid during holidays.

There are other benefits too – a freelancer is fully accountable for their work, they are responsible for their own indemnities, supply their own materials from laptops, mobile phones to expensive software licences, they fund their own training, and they are easy to get rid of if they cannot deliver what they claim!

Equally, the freelancer has much to gain too. The flexibility to work around children, to work remotely and to offset against tax, deductions that would have to come from their net pay as an employee – such as their car, mileage and a portion of home-office running costs. Many legitimately employ family members to consume their personal allowance and reduce their tax liability.

With the ONS citing a growing trend for Self-Employment (3.3 million people in 2001 to 4.8 million in 2017 representing an uplift from 12% of the workforce to 15.1%) it might suggest that the national workforce is reacting to legislative changes to employment by side-stepping the cumbersome employer obligations through the use of self-employed outsourced professionals.

As wages continue to increase, I expect outsourcing to keep growing. And so does the Government – why else would they be taking such a keen interest in IR35?

Nikki Hesford is an award-winning entrepreneur having appeared on Dragons Den in 2010 before securing £250,000 of angel investment to scale up her fast-fashion brand. Exiting the company in 2015 for a slower pace of life with her young family, Nikki now works with small and start-up businesses to create attention-grabbing Marketing, Social and PR strategies from small budgets.
View all posts

Nikki Hesford is an award-winning entrepreneur having appeared on Dragons Den in 2010 before securing £250,000 of angel investment to scale up her fast-fashion brand. Exiting the company in 2015 for a slower pace of life with her young family, Nikki now works with small and start-up businesses to create attention-grabbing Marketing, Social and PR strategies from small budgets.