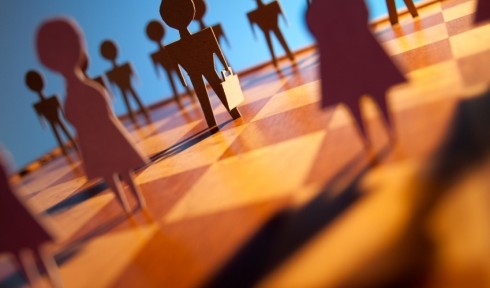 The challenges around employing mothers in the workplace haven’t changed dramatically in recent years.  An article published in ‘The Times’ in 2006 claimed that female employers were more likely to discriminate against fellow females – due to the time women need off work when they have children.
Male v female employee – the big question
As a woman and mother myself I try hard not to discriminate against women. However, I am also realistic and honest. Dealing with maternity leave when you are an employer is very challenging and I am not afraid of thinking this through.
If ‘The Times’ statistic is still correct, perhaps it simply means that female employers are more prepared to be honest and less afraid of facing this dilemma.
Looking into the future, if I was to interview for a position and found that the two best candidates were an equally skilled man and a woman of child-bearing age, who would I employ if all other things were equal?
Luckily I have never been in this position because the right candidate (usually female) has stood head and shoulders above the others.
Employers who say they don’t take potential maternity leave into account are unlikely to be telling the truth, because no employer can ignore it. This is wrong on many levels and anyway, it’s possible that the woman has no intention of having kids. However, the nightmare of maternity law for the employer is a reality.
Looking at the statistics the number of women having children makes it common for female employees to need time off due to pregnancy. The employer has to pick up the bill and there can then be instability around that position for several years.
Whenever one of my team tells me she is pregnant, my heart first leaps for joy at her happy news. Then my heart sinks as I realise the amount of work ahead because of her absence, as well as the instability this will create.
People are now talking about how men might become the primary child-carer and take paternity leave instead of their female partners. Part of me thinks this is a great idea, but I also worry about what this might mean as an employer. Maternity law is a confusing enough subject already.
The loophole with the law
Eight years ago, I discovered an odd loophole in the law. I had an employee who worked one and a half days per week with me and one day per week with another employer. So in total she only worked for 2.5 days per week. She was entitled to £100 per week Statutory Maternity Pay (SMP) from me, but also entitled to another £100 per week from her other employer.  My full- time employees who were working hard five days a week were only entitled to the £100 per week as they only had one employer.
This practice I feel is maddening and wrong. I phoned the Government helpline for clarification because it appeared utterly unfair. However, they confirmed she was entitled to two lots of SMP at the same time.
In my opinion, this is only one of many problems with maternity law. I think there’s a case for reinventing this law and starting again. It would be an opportunity to talk to women about what they want and with employers about what they want too.
Scrapping holiday entitlement during maternity leave, which I mentioned in part one of my previous article, would be a possible start.
If you make it easy for the employers, then I’m sure it would be easier for the employees. They then won’t be penalised unfairly for happening to be of child-bearing age, an age which is stretching longer all the time.
Part of the problem is that a part-time employee is difficult for the employer. The law allows them to be entitled to all of the same rights as full-time employees, but because of the hours, they only do half the amount of work.
My experience
As a woman with children, I understand women want to be with their babies. Juggling work and home life is at best a total nightmare. It’s hard for women to find this balance. And the nightmare they know they’re causing their employer doesn’t help their state of minds with the law as it is.
The women in my business with kids have always tried to do their best because they care about the business. They don’t want to cause problems or expense to the small company they work for. But they do want to make ends meet and try to have a happy time during their maternity.
If we could find a way of making this easier for the employer this might lead to calmer women trying to cope with all of this.
Hopefully one day the confusion of choosing between the sexes won’t then be such an issue.
To be continued…
You can also read Part One of this Here