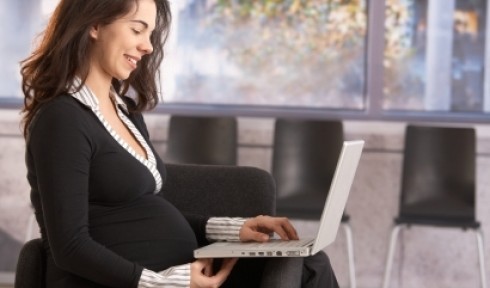 MEPs have backed an extension of maternity leave laws to 20 weeks – even
though these planned changes have been
criticised by many business groups who believe it will be crippling to small
companies.

We have been fortunate because our team have been very open with us in
terms of what they really want. One really positive thing about the maternity
law is the Keep In Touch (KIT) days.
These allow our employees to work 10 days whilst still on
maternity leave, meaning they can keep in touch with the work environment while
they are on leave.

What a brilliant initiative. And it was a particular godsend when our
Accounts Manager took maternity leave. She didn’t have to stop her statutory
pay, but was also able to occasionally come to work – a benefit to both us and
her.

Ideal situation
Two of my employees went to great efforts to
tell me about their pregnancies as early as they could. This was great because
it gave me time to sort out what we would do in their absence.

In the case of Deborah, we split her role into
two. While she came back three days a week, someone else was able to cover the
rest of her role.

During Deborah’s pregnancy, whilst she was still
at work she trained her junior to take on the new tasks. She made sure all of
her management tasks were handed out fairly to the rest of the team before
leaving and she embraced KIT days – which meant she returned to work after two
months of maternity leave for just one day a month.

Deborah oversaw things, checked all was handled
and kept in touch regarding her own role.

I can’t speak highly enough about Deborah.
Whatever the letter of the law says, people can choose to behave considerately to their
employer. And it will depend entirely on the employee and the situation within
the company.