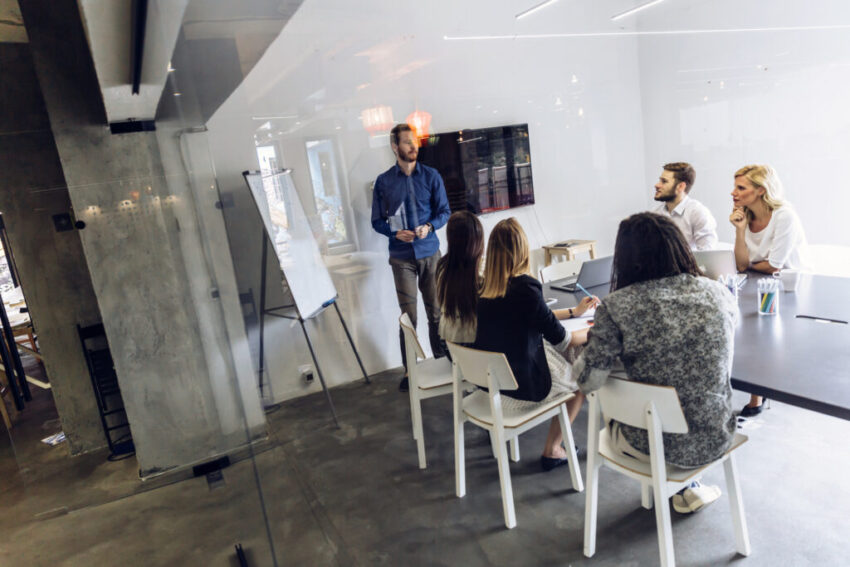 It was a 19th Century Prussian general who stated that few military plans can survive their first contact with reality. Those of us on the receiving end of presentations from new businesses seeking investment will know exactly what he meant.

I have never seen a business plan in which the enterprise in question lost money. If only all such proposals survived contact with reality, British companies would dominate the global landscape and the UK economy would have little to fear. But of course, they don’t survive such contact and neither, often, do the businesses in question.

There is a deadly serious point here, which is that the quality of those behind new business proposals – which has always been of the highest importance – will be absolutely critical in the post-coronavirus landscape. However, sifting out the best people and their projects can be tricky, not least because those who present well may, inadvertently or not, be disguising serious weaknesses in both the plan and, more importantly, in their own characters. There is nothing wrong with fluency and confidence in presenting to potential investors – quite the opposite. But it must flow from two springs: a sound business proposition and a passion to put it into practice.

Of course, “passion” has become an overused, almost worn-out, word, not least among politicians declaring their “passion” for this or that football club, in order to demonstrate their ordinariness. But it is worth rescuing in this context, because skill in presentation and the passion needed to make a business work represent two different types of effort. If the second is lacking, then all you will be left with is the first; a dazzling slide deck and a fancy flip-chart. Such slick pitch merchants resemble nothing so much as a pupil who equates possession of ring binders, box files and neatly arranged fibre-tip pens with actually having completed their school work.

So, how to sort the wheat from the chaff? My approach is simple: relentless and rigorous questioning of the people concerned. Tough questioning? Yes, sometimes, but, more to the point, detailed questioning. I dig down into the nitty-gritty to see if the person concerned has deep, immersive knowledge of the minute detail. When I ask something and am told: “Let me find out about that and get back to you,” my automatic reaction is to think: “They should be living this stuff.” I always worry when, on asking a question, I seem to be the smart guy. That should be the role of the person I am questioning, with me as the outsider asking fairly dumb questions.

This is not some idle diversion, the venture-capital version of a pub quiz. It is the acid test of the commitment of the person or team, of the likelihood that they will give their all to make the project a success. This is what I mean by passion. Am I looking at a team that I can imagine burning the midnight oil day after day? Or does it seem more likely that work stations will be deserted after 6pm and phones ringing in an empty office?

No investor can have knowledge of all the different businesses that are seeking funds. But what they can do is gauge the response when questioning those behind the project in question. Do they have a firm grasp of all the issues involved, or are they merely good at putting together a plausible pitch? It is a case of, as the great novelist DH Lawrence put it, trusting the tale rather than the teller.

In the post-coronavirus world, we need to be sure to back the doers, not the talkers.

Javad Marandi OBE is a British entrepreneur and investor. He recently bought The Conran Shop and is the owner of Soho Farmhouse - a members’ club set in 100 acres of Oxfordshire countryside, with bedrooms, a pool, spa, cinema and gym. His UK portfolio includes leading fashion brands Anya Hindmarch and Emilia Wickstead, the mid market wedding giant Wed2B and the new budget chic hotel concept Mollie’s Motel & Diner. Marandi’s other investments in the hotel sector include Chais Monnet, a 92-room Luxury Hotel in Cognac France, Center Parcs in Moselle, France and Sositel Brussels in Belgium
View all posts

Javad Marandi OBE is a British entrepreneur and investor. He recently bought The Conran Shop and is the owner of Soho Farmhouse - a members’ club set in 100 acres of Oxfordshire countryside, with bedrooms, a pool, spa, cinema and gym. His UK portfolio includes leading fashion brands Anya Hindmarch and Emilia Wickstead, the mid market wedding giant Wed2B and the new budget chic hotel concept Mollie’s Motel & Diner. Marandi’s other investments in the hotel sector include Chais Monnet, a 92-room Luxury Hotel in Cognac France, Center Parcs in Moselle, France and Sositel Brussels in Belgium