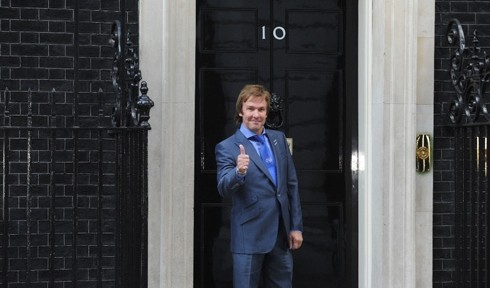 The Prime Minister’s speech was a no-nonsense, dare I say, basic common sense assessment of the situation, which pulled no punches when it came to stating the seriousness of the situation we find ourselves in.
The highlight of Mr Cameron’s speech was when he compared new economy we are building to a house, with the most important part being ‘stable foundations’. He’s 100% right.
To add to his metaphor, when you lay foundations you need to clear away the rubble of what was there before, and believe me there is one hell of a lot of rubble left behind by more than a decade of bad debt, jumbled-thinking and political in-fighting.
The other thing that gives me confidence that the Government are serious about building a new economy from scratch is when I hear the Prime Minister focusing on getting rid of the red tape holding us down, be it unreasonable Health and Safety regulations or Planning laws that tie business’ expansion plans in knots for years.
This is great to hear. As far as I’m concerned the more people driving the country on to greater prosperity the better, because like the PM said Britannia never did rule the waves wearing arm bands! It’s time to stop the arguments because we’ve got to get Britain back to work – there is no choice, and there’s certainly no plan B!