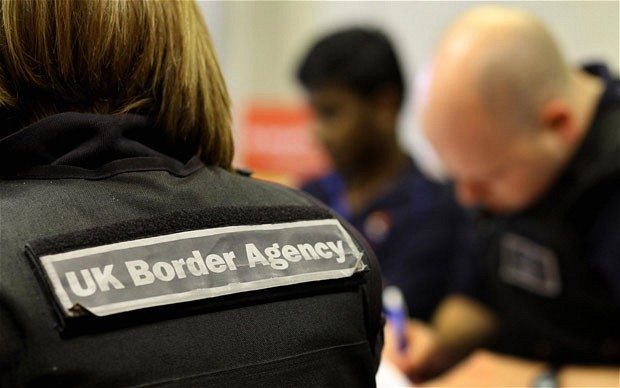 Britain is a country blighted by rain and few jobs. Britons dedicate whole evenings to drinking themselves into oblivion, and the only reason they haven’t fled the grey isle yet that their wallets are empty.

Well they are the claims of a negative ad-campaign ministers propose running in Romania and Bulgaria.

Citizens of both these countries living and working in the UK are currently subject to restrictions imposed by the European commission in 2005. However, restrictions are set to expire by the end of 2013, with an expected 50,000 new migrants per year set to enter the UK. Supporters of the ad campaign worry that the influx will cause a major strain on public services.

Meanwhile, supporters of immigration, such as Dr Heaven Crawley from the Institute for Public Policy Research, argue:

Just eight years ago, in 2004, Poland joined the EU. Perhaps the story of Polish migrants can shed light on what we might expect to see from the Romanian and Bulgarian workers.

Since 2004 the Polish population has soared, and according to latest figures Polish is the second most spoken language in Britain. Following initial reservations about the influx, Polish migrants gained a reputation for hard work. Not all Polish migrants took paid jobs, and many have set up companies, providing wealth and jobs to the UK economy.

A Polish national, Anna Bastek arrived in the UK in 2004. Anna is the current IoD UK Director of the Year and an entrepreneurial Role Model for the Welsh Government. Her business, Wolfestone Translation, has won over 30 business awards and employs over 30 people in South Wales and a network of 5000 translators all over the world.

Her story reveals the positive impact immigration can have, and how she went from fresh migrant to award-winning Director of the 6th fastest growing company in Wales in just 6 years of running her own business.

“Britain opened its borders to the new EU members one month before I graduated, and it seemed like an obvious choice for me to move there. I saw Britain as a country of opportunities and the government made it really easy to start a business.

“I never had the intention to claim benefits and all of my Polish friends who moved to the UK didn’t either. They all got jobs and paid taxes.”

“In Poland, there were masses of red tape and bureaucracy, and entrepreneurship wasn’t really encouraged when I graduated. My knowledge of the English language was very good so it seemed like an obvious choice for me to reach my full potential.”

“I now do inspirational talks across the country to encourage British people to take advantage of the opportunities they have. Britain is a great place to live, and a great place to do business from.”

Bastek’s story started with her working as Sales and Marketing Manager for a South Wales based electronics design company. Working in a small company and helping it grow inspired Anna to consider opening her own business.
When researching potential opportunities, she and business partner Roy Allkin detected what they saw as a big gap in the market.

“The translation industry was a big growth area, with growth rates of 10% and upward. There were a lot of translation companies but most of them were run by translators, not entrepreneurs and were run like lifestyle businesses and never reached their full potential. The owners were working’ in’ the business rather than ‘on’ the business. For me the most important thing was focusing on customer needs, investing in marketing, systemisation, technology and staff.”

Not only does the company employ many British graduates and create jobs for the local economy, but over 30% of its revenue comes from beyond UK borders. That means the company is leading the way for exporters, who are seen as key for economic recovery.

Another business bucking the trend of the recession is London-based Polsteel.

The company was founded by Michael Krajewski, a Polish migrant three and a half years ago. In that time the company has grown from one employee to eight, and the South African born entrepreneur has big plans for the company’s future.

Polsteel fabricates steel for residential properties and new builds across the UK. With a background in weapons and aeronautical engineering, Michael moved to the UK in 2007, and since setting up the business he hasn’t looked back.

“I always dreamt of joining the Army. As a plan B I developed a business plan, and I ended up following this path in life. I really enjoy business, and much like in the Army, I feel like I get to be the officer of my own team.”

Michael feels he wouldn’t have had the same opportunities if he had stayed in Poland.

“I couldn’t imagine running a business in Poland, over the UK. Being based in London, you feel you are closer to opportunities, and you feel attached to World events. The red carpet events, Premier league football and celebrities are in London and New York. In Poland everything is quite local and world events seem to take place far away.”

And in contrasting the culture of Poland and Britain, Michael echoes the sentiments of Anna Bastek.

“In some other countries it’s so much about politics and pleasing those with influence when you run a business. Here you can get on with growing your business and be a master of your own destiny.”

The Migration Tank’s claim that an increase in Bulgarian and Romanian immigrants would be to the detriment of young British workers is myopic. Rather than embarking on a negative propaganda campaign, these entrepreneurs feel perhaps the government should think instead of how best to support and harness the skills of aspiring entrepreneurs.