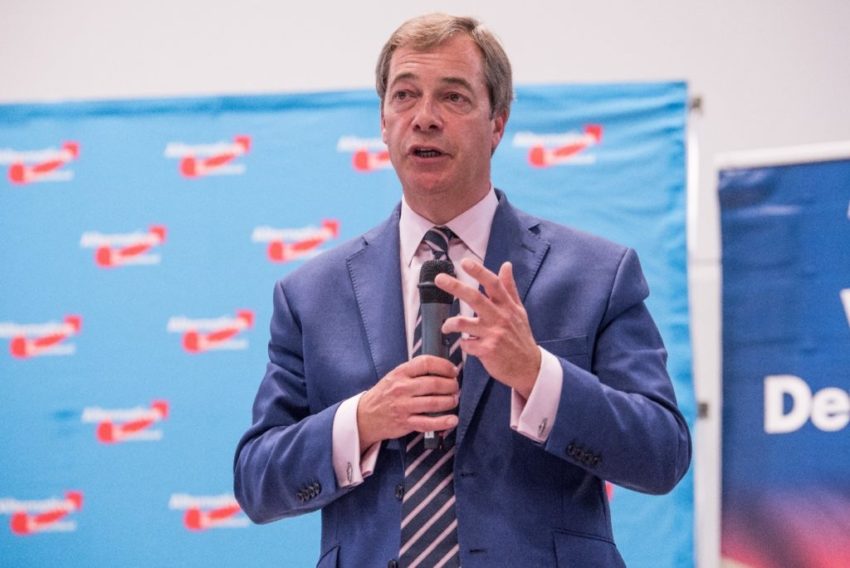 When former UKIP economics spokeswoman Catherine Blaiklock set up the Brexit Party in January 2019, she knew that she needed a charismatic person to be the figurehead.

It was in this moment that she turned to former UKIP leader Nigel Farage, and from there, the party really started to gain momentum.

According to Brexit betting on Betfair, the Brexit Party is expected to win the most seats and it’ll be interesting to see how remain-supporting parties do in the elections. While it’s obvious that this new party would like to see the government go through with Brexit, what else do they actually stand for?

Nigel Farage really wants the British public to back the new Brexit Party. For this reason, you’d imagine there would be an incredibly in-depth manifesto which not only informs potential voters as to how his party would make Brexit a success, but also how they would best represent the interests of the UK in the European Parliament.

Unfortunately for anyone who is interested in reading the manifesto, there isn’t one. Much like the benefits to Brexit, there is nothing. It plays into Nigel Farage’s hands rather well though, because anyone taken in by the claims of the party will almost certainly forget what the party stands for on other issues, and with this, Farage can change his mind however often he likes.

It should be seen as a scandal, but with Farage’s merry men oblivious to what he really is, they won’t care at all, just so long as Brexit is delivered, even though being in the European Parliament won’t help their cause much.

We all know Mr Farage loves the spotlight, but what is it that people find so alluring about him? He’s a former banker, a failed politician and a “journalist”, three of the most untrustworthy careers in Britain, yet somehow, he is trusted as a ‘man of the people’.

Nigel Farage has made more appearances on Question Time than anyone else this century, although, he is not in the top 10 overall. He has so far made 32 appearances on the popular political debating show and is often a hit with a minority of the population.

He hosts his own hour-long radio show on LBC, in what appears, for the most part, to be an echo chamber, where most people who phone in agree with him.

They are a serious party when it comes to the debate on Brexit, but beyond that, they’re simply an unknown. They’ll be publishing their manifesto after the European elections, which seems somewhat pointless, but if they succeed in getting more seats than any other party, then it sets a dangerous precedent.

If a party can be given more control despite being incredibly vague as to what it plans to do with the power, then more and more politicians will start spouting hollow, vague phrases in an attempt to con the British public into voting for them.

Although it’s hard to take them seriously without a manifesto, what they could achieve without one is something that definitely needs to be focused on in the coming months. Britain beware.