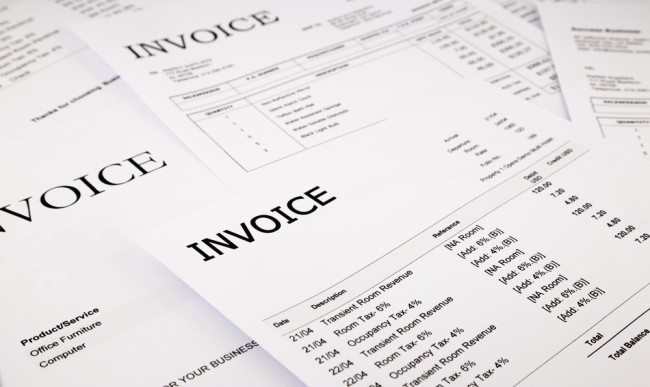 A damaging culture of failing to pay invoices on time flourishes across all sectors and at all levels in the supply chain. Often it’s the big players that put the squeeze on SME suppliers – leaving them exposed to potential business failure and job losses.

The new Tory government has unveiled its Enterprise Bill, which at first glance seems to offer some comfort to SMEs on tackling poor payment practices. The bill promises to build on existing measures, including a voluntary code of conduct, to help ensure that these companies are paid on time.

However, I’m sceptical that a voluntary initiative will ever force the hand of those corporates who know that they have the financial clout to withhold payments – in some cases insisting on terms of up to 90 – and even 120 days.

Research from the Institute of Directors (IOD) at the end of 2014 revealed the scale of the problem.

A staggering 66 per cent of the IOD’s SME members who were surveyed reported issues with late payment of invoices while 1 in 8 said their customers had changed payment terms and 28 per cent revealed that they had been forced to delay payment to their own suppliers.

Additional findings highlighted that 13 per cent were prevented from growing their businesses as planned and 10 per cent were forced to reorganise their financing arrangements.

Although 1,700 companies including Admiral Insurance, Vodafone and Tesco, have signed up to the voluntary Prompt Payment Code, the IOD survey shows that failure to pay bills on time is still widespread.

Many SMEs, who are understandably frightened of losing their big customers, will not challenge poor payment practices – and some may even agree to unrealistic terms. In the absence of a law compelling companies to pay on time, there are steps that SMEs can take to help manage late payment:

1. Understand the implications of what being paid late means for your business. Never has the phrase ‘cash is king’ been more important, because if your customers aren’t meeting your stated terms then you will need cash reserves to pay your own suppliers and your staff. Cash flow problems are the reason why some SMEs go under – even if they appear to have a healthy order book.

2. Set your payment terms out clearly and consider including a penalty clause. Some of the businesses we invest in have been on the receiving end of late payment practice and we encourage management teams to be firm and take a fair line with customers. If they are 30 days, chase up payment on the deadline and have a clear process to do so. Never be embarrassed about chasing debt – even from your largest customers. Communication is critical – stay in touch regularly with your clients and most customers will work with you, in my experience.

3. Ensure that your sales team and credit department are joined up. I have heard of over enthusiastic sales people agreeing to unrealistic payment terms in order to clinch a deal. It is vital to communicate the impact of such terms on the overall business.

4. Spread the risk. Having all your eggs in one basket with one major customer makes a business very vulnerable if that business pays late. You might be better off with a number of smaller customers who pay within your terms.

5. Undertake due diligence on new customers. In the excitement of winning a contract you may overlook the need to drill down into that company’s payment ethos. This is particularly true if you are entering new markets as paying late can be the cultural norm in some countries.

6. Consider the effect on your business of a new contract win that involves significant upfront investment in new machinery, technology or staff. Can you afford a sizeable outlay if your new customer refuses to meet your payment terms?

7. Are you prepared to make a tough decision? Ultimately you may decide to go along with late payments from a major client and rearrange your finances accordingly. On the other hand maybe it is better to end your relationship with a company whose delays in paying you are jeopardising everything you have worked so hard for.

The stability of an entire supply chain can be threatened by just one company failing to pay on time so I urge any SME business owner to seek advice if unpaid invoices are keeping them awake at night.

As director of Seneca Investments (part of Seneca Partners Limited), Melanie sources and executes deals involving SMEs – managing an investment portfolio and investor relations together with driving the strategy for the businesses. Melanie joined Kroll – global leader in risk mitigation – in 2004 to focus on corporate assignments within the national and international markets.
View all posts

As director of Seneca Investments (part of Seneca Partners Limited), Melanie sources and executes deals involving SMEs – managing an investment portfolio and investor relations together with driving the strategy for the businesses. Melanie joined Kroll – global leader in risk mitigation – in 2004 to focus on corporate assignments within the national and international markets.