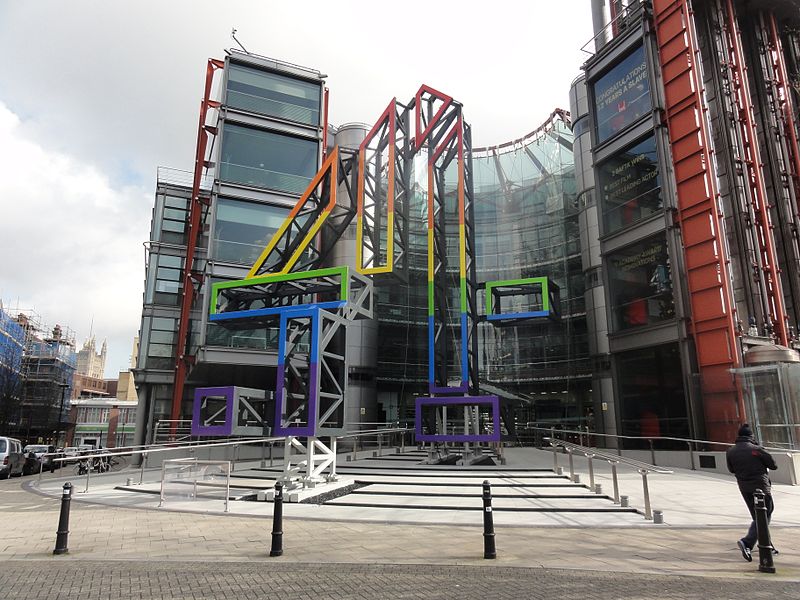 There’s a narrative in creative business that there’s nowhere in the UK that could ever match London. It’s a narrative that helps maintain London’s power, but it’s one that is ultimately false, damaging, and restrictive.

It’s an argument I’ve heard raised again in the debate over Channel 4 developing a regional headquarters and two satellite hubs outside its base in the capital.

All too often I have seen this plan presented by commentators as if it is a sop to the rest of the country – a patronising pat on the head from a broadcaster that is part publicly owned and therefore feels a reluctant requirement to develop its presence across the rest of the nation.

It is an argument led by those who clearly have never lived outside the capital, and have never witnessed the wealth of creative talent that exists beyond the boundaries of the M25.

Take my home city of Stoke-on-Trent, one of those which has made it through the first round of bidding to become a regional hub for Channel 4. Within a 45 minute commute we have Manchester, Birmingham, Liverpool, any number of cities and towns. When it comes to available talent, the reach of this area is vast.

We’re even commutable from London in an hour and 25 minutes.

But the naysayers are out in force. I hear it said that people in London, possibly existing C4 staff, or new recruits from wherever, would never want to come and live in North Staffordshire.

But anyone who thinks top level staff cannot be attracted to Stoke-on-Trent need only look at bet365. They have thousands of people from around the world who have come to live in Stoke-on-Trent. If a specialist and highly respected company like that can do it, why not Channel 4?

OK, London cannot be beaten for the entertainment and cultural offer it has. But young people cannot afford to live there. Young professionals in London end up sharing, seven to a house, like they are students. The quality of life is poor. They are on the limit of their earnings just to pay the rent. Without parental support they have no chance of buying a house because even a flat costs upwards of half a million. Many live on the outskirts, or in satellite towns, often in neighbourhoods that are far from pleasant.

Those above 35 will be looking for green space, good education, an area to raise a family. Look outside London and the options are endless. And unlike London, the housing is affordable. That same money that will buy a shoebox in London will buy a four-bed house with an acre of land around Stoke-on-Trent, a place not subject also to the pollution, the urban smog, that sits over London now. That’s before we’ve even talked about crime. London is a great city but would I want to live there? No.

At present, in the ‘regions’ we have a four-yearly bunfight for City of Culture. It is seen as the main opportunity to attract the multi-millions of investment and highlight the creative talent of an area. It is also, however, a lottery. Stoke-on-Trent, again, was shortlisted for the 2021 prize, but in the end lost out to Coventry.

That may yet prove a blessing in disguise. Make no mistake, City of Culture would have been great for Stoke-on-Trent, but Channel 4 offers far more opportunities. A hub would be permanent, bringing hundreds of jobs, a place on the map, exposure on TV.

The key to winning the bid, and again this applies to all the shortlisted cities – Sheffield, Belfast, Brighton, Nottingham, Newcastle-Gateshead, and Stoke-on-Trent – is to sell themselves to Channel 4, not in wishy-washy non-specific terms, but in a highly focused, sharp, business-like and factual manner.

Let’s make one thing clear, this is not a job for councillors. If cities are to give themselves the very best chance of making the dream become reality and not just so much bluster, then the public sector cannot take this task on alone. The way to succeed is a city council chief executive backed up by a handful of key business, education, creative, and non-political figures. They are the people who can truly showcase what their city is all about – in Stoke-on-Trent’s case a great place to live, work, and play. A great place to invest, expand, and do business. A place of initiative and creativity. A place that delivers.

Cities such as Stoke-on-Trent could be the making of Channel 4, not the other way round.

Mo Chaudry is a renowned businessman who owns the UK's biggest waterpark - Waterworld in Stoke-on-Trent, and a string of health clubs made over £100M from property and leisure and has recently expanded to take on Pulse, a major fitness equipment supplier and was featured on Channel4s Secret Millionaire.
View all posts

Mo Chaudry is a renowned businessman who owns the UK's biggest waterpark - Waterworld in Stoke-on-Trent, and a string of health clubs made over £100M from property and leisure and has recently expanded to take on Pulse, a major fitness equipment supplier and was featured on Channel4s Secret Millionaire.