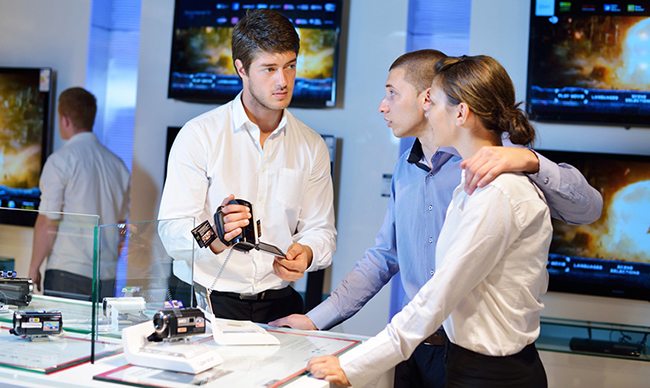 We provide a whole range of different ecommerce services, one of which is payments. A competitor has been telling our customers to switch to their payment service because they will make more online sales. The reason? Theirs is a better known brand. A number of our customers have succumbed to this message.

The reason that I’m so annoyed is that this simply isn’t true.

Recently we surveyed consumers’ knowledge of payment brands. Our findings were that PayPal was the only brand that most people had heard of. Everyone else scored around 20 per cent or less, including the offending party. Given that 80 per cent of consumers hadn’t heard of them, what was the salesperson smoking? The logic of their message was that everyone should move to PayPal!

Look at the bigger picture
Now this may sound like a long rant to simply score a personal point, but there is a much wider lesson here. I was faced with customers going through a whole load of effort to switch to a system which was more expensive, less reliable and created more day-to day work for them. This all based on a false belief prompted by one sales person.

Now I rather provocatively entitled the blog “Don’t believe a single salesperson” but I’m not saying that all sales people are liars. Rather, there is a lot to be gained by asking multiple sales people to provide their perspective. That makes it much easier to sort out the truth.

This is something that I’ve tried to practice over the years. If I’m purchasing a product in a field that I’m not familiar with, I call one company and ask for an explanation. I then call a couple more and ask the same questions. I don’t quote any of them to each other, although sometimes my questions are slightly leading. The answers that I really believe are those that are common across all of the sales people. The stuff I query more closely is anything which only one of them says, and which appears to bias things in favour of their products.

An old colleague used to say “It’s my job to provide reasons why my customer should buy my products. It’s their job to find out why they shouldn’t”. I would never advocate selling something that doesn’t benefit customers, it’s short term thinking and total folly. However, when you are on the receiving end, even with the ethical types, it absolutely pays to ask a range of sales people. You can guarantee they will find the holes in the arguments much more effectively than you can yourself because it’s their job.

So don’t just take my word, go see what someone else says.