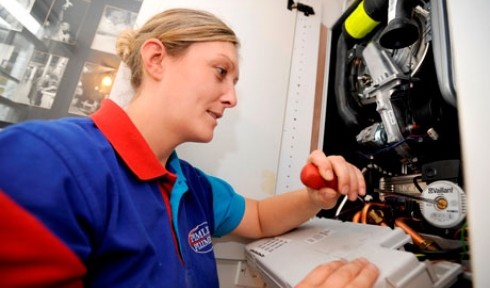 I don’t just talk the talk, but I walk the walk, as Pimlico has just taken on five new apprentices, who have joined the workforce of just over 200 employees in the last three weeks.
We’ve been told that recovery – and the economic growth we need to achieve it – is reliant on the private sector, and with growth will come more jobs. But we are in exceptional circumstances, uncharted territory, some might say, so perhaps we should start looking at things the other way round?
If the government’s plan is to bypass the banks as much as possible and get newly ‘printed’ money in to the economy, why not do it as wage subsidies?
With my five new apprentices I can increase productivity and get more work done.  Luckily I am in a position to afford to bring these apprentices into the business.  Therefore, why not get that cash in to the economy as employment subsidies to employers who want to take on new staff, but can’t afford to?
Surely my industry can’t be the only one where there’s work out there to be won, if only we had the people to do it?
The latest unemployment figures, saw us told that there are 2.57 million out of work including just under a million 16-24-year-olds. I believe that the Government’s commitment to ‘printing’ more money and creating ‘credit easing’ should be used be used for wage subsidies.
I for one would take on another twenty apprentices if the Government turned its new ‘Credit Easing’ policy in the direction of businesses with the prospect to expand, but without the means to hire the necessary staff.
It’ll kill two birds with one stone and inject a strong dose of common sense into the economic and employment debates.