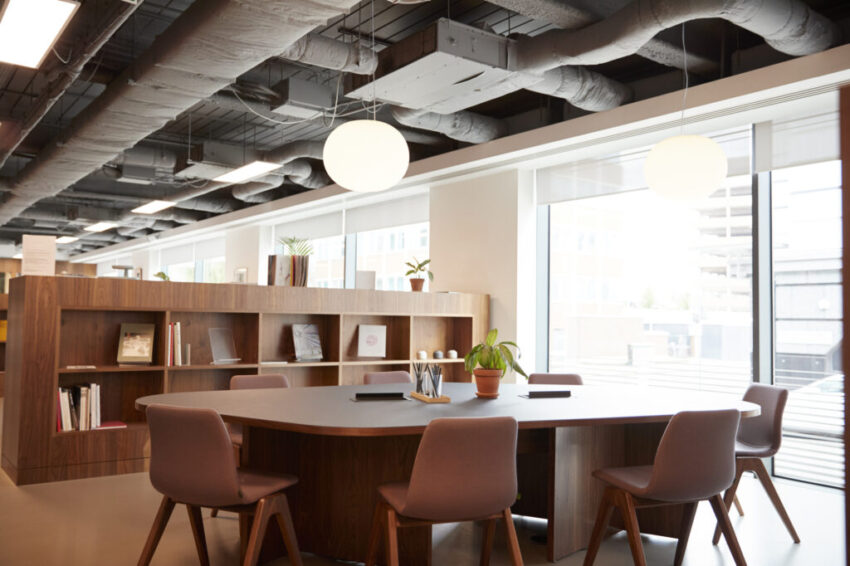 The lockdown has affected each of us differently, not least in how it has impacted our livelihoods. It has spelt financial ruin for some, as businesses fail and jobs are lost forever.

Kevin May, Founder of Sticks explains that Certain types of work are just impossible without being allowed to leave the home.

Many office jobs have proven to be more adaptable. While it’s still been a struggle for some, especially those accustomed to specialist equipment or facilities that nobody has at home, lots of people have been able to continue with some version of work.

Some have even found themselves feeling surprisingly liberated. Relieved of the daily commutes and office intrigues, they’ve been able to focus on getting the work done from the pyjamaed sanctuaries of their home offices with a new-found efficiency that leaves space in the day for other interests.

From this lucky cadre has emerged the mantra that the office has now become superfluous and that we can all remain working from home forevermore. It’s an idea that is also appealing to businesses, given the heavy toll city-centre real estate takes on the P&L. With everyone marveling at the seamlessness of the transition, a brave new world of virtual companies appears to be beckoning.

It begs the question of what companies really are and why they exist. Organizing people to work as a standing group allows individuals to achieve something together that none of them could make happen alone. But not every company is simply the sum of its functional parts, requiring nothing more than a heady diet of Zoom calls to glue it all together. It takes more than just assembling a bunch of proficient practitioners to make a successful business that will last the distance.

It also takes belief in a cause. A business is about more than generating money, it’s about providing a sense of purpose, pride and fulfilment to its people that goes beyond what arrives in the pay-packet. Powerful cultures create emotional contracts with people that transcend the legal terms of employment.

Physical space is key to achieving this in most instances. Work is rarely reducible to mere functionality any more than friendships or education are (and nobody seems to be arguing that we’ll never need to see each other socially again or that schools and universities can now shut their doors for good). Being with people creates bonds that technology has yet been able to replicate.

Staring down the barrels of a colleague’s eyeballs on Zoom for an hour is a faint imitation of being in the same room as them. It fatigues relationships for those used to nurturing them through actual face-to-face encounters. It comes up short on feeding the mutual trust and commitment that is the foundation of any business in which ideas count.

Existing employees with established relationships may be able to busk it for a while, but new recruits stand little chance of ever feeling they truly belong. The most important training people receive after joining a company is not in what to do, but how to do it. It’s about the ways of the company and becoming attuned to its people and politics. It’s not taught, it needs to be absorbed osmotically through time spent with colleagues.

Having an office also impacts the quality of the work. The important stuff doesn’t always happen in the meetings, but on the walks down the corridors before and after. Ideas can’t be forced out according to a schedule. They emerge unexpectedly, often away from the pressure of the occasion. A business that makes no room for serendipity limits its chances of ever doing anything surprising.

The call for an office-less future also fails to take account of what individuals derive from having  a physical place to go for work. For many it provides a second home and a camaraderie that’s been sorely missed during the loneliness of lockdown. The office also provides a better forum for asking questions and making mistakes. There’s not much room in the virtual world for subtle course-correction and a quiet word in the ear of a colleague or boss just to make sure.

When you do mess up, there’s no way to gauge the temperature around the mistake. You’re just left to stew alone, wondering whether anyone has noticed or whether the world is about to implode. Nor do you get to leave at the end of the day and put it all behind you. When your home is your workplace, you never get to go home.

Coming out of this crisis some things about daily worklife will undoubtedly change. We’ve now seen clearly that not everyone needs to go into the office every day. We’ve learned that we waste far too much time in overlong and over-attended meetings. We’ve seen that productivity is not necessarily linked to the amount of time spent on any task. These will all inform new ways of working and a new style of managing people. But the idea that the office is dead is a shrill fantasy.

Companies are likely to be cautious at first. They’ll be wary of any legal and moral liability involved in making their people endure the proximities of public transport and office life, especially after being so readily compliant in keeping people productively deployed away from base for so long.

But eventually life at the office will come back. A few will choose to join those who already had decided to do their work outside of regular employment or specific location, but most will still prefer to have somewhere to go to. Flexible working can feel vulnerable as well as liberating.

This period will also have served to remind companies that their offices are not simply there to provide shelter and security for their assets and their people. They are instruments of the business that serve a vital role in allowing the company to be what it is.

One day the technology may exist to negate any need for people to gather at a physical location in order to be as effective on behalf of the business as they can be, but we’re not even close to that point yet. And by the time we do get there, it’ll be a very different conversation that will be more about why the business even needs people in the first place.