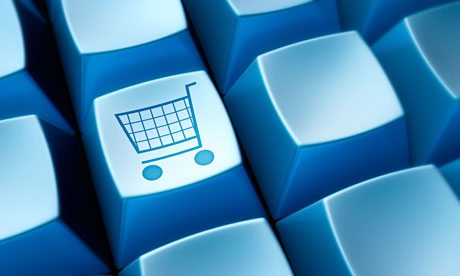 She believes in always treating people pleasantly and with respect, so when she is talking to assistants in shops, they eventually depart from the party line and tell her what they really think. And sometimes, boy, does that differ from the party line!

In fact, a number of times she has been told to “Go online, you’ll get it much cheaper there”. And that is from employees of stores that don’t have an online channel.

Now of course, since a large part of my personal income depends on helping businesses to sell online  successfully, I do have an inbuilt bias towards this channel.

However, it’s still worth noting the relentless rise of ecommerce. Even the Government’s Office for National Statistics has caught up. It reports year-on-year rises in online sales exceeding 10% of all UK retail sales in October 2013.

Having been an early pioneer, I’ve largely grown immune to the naysayers, and if I had a pound for every person who had told me the long list of things that would never be bought online (and now are), I would be a rich man.

But the truth is that’s it is often more convenient to shop online, and you may actually find it easier to get information on a website than you would in store. There are no dark nights to be concerned about, it’s easy to find those rarer products, you have no parking costs or problems with rain, no sales pressure and often lower prices to boot, so it’s not surprising that online continues its growth.

On the down side, it’s hard to replicate the benefit of touching and trying on things like clothing, but even so an increasing chunk of the population buy clothes online, and simply return what they don’t like.

Customer service comes with the territory

The early issues with poor service and lack of personal touch have gone too, so retailers who haven’t taken the plunge can’t cite these excuses either.

There have been a series of occasions recently where my wife and I have switched from in-store to online and have received exemplary service. The latest was a delivery of gardening materials from Wickes. The site was so helpful, stating the delivery window ahead of time and then confirming a more exact time on the day. They executed it all perfectly.

What lesson do I draw from this?

It’s simply that the online world is so competitive, and customer feedback is so prevalent, that ecommerce retailers really have raised their game when it comes to service.

Shops themselves have evolved in the last few centuries, with supermarkets and superstores emerging in the last few decades along with the rise of the car. There is no reason to think that a rapidly changing business landscape will suddenly freeze, and retail is no exception.

The truth is, virtually everyone needs an online channel, and everyone needs to up their game on service. Of course, no-one has to comply. It’s just that those who don’t won’t be around in a few years to be told how wrong they were.