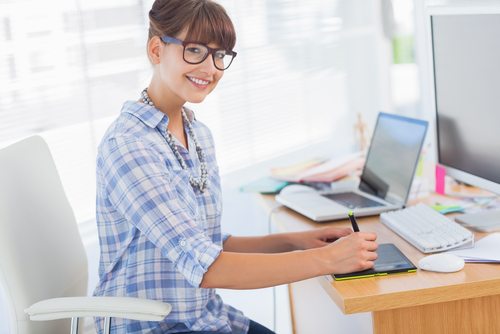 Since 30 June, all employees with more than 26 weeks service have had the right to request flexible working. For all that the change was trumpeted in the press, it is actually quite a subtle variation on what stood before, when the right was available to parents and carers. There is still no compulsion on employers to accede to requests but they must be able to show that where they are rejected it is in a ‘reasonable manner’. ‘Reasonable’ reasons for declining requests are very broad, from the costs being such as they would damage the business through an inability to meet customer demand to just a lack of work available during the proposed working times.

For a sizeable chunk of the population – those with no job or who would like one that offers full-time work every day rather than limited (or even zero) hours – the right to request flexible working was probably greeted with ironic cheers. Even so, its introduction is a useful indicator of which way the wind is blowing around how more and more people want to work. Employment legislation tends to lag behind the practices of the most forward-thinking employers but ahead of many others. The direction of travel here is clearly towards flexible working becoming first the norm and then the legal right of employees. It’s generally a good idea to operate ahead of regulatory curves – planning now on the basis of what’s probably coming makes more sense than having to make drastic changes you aren’t ready for – and having a flexible approach to flexible working is no exception.

The general trend towards flexible working has come about because of changes in the world we live in. The majority of mothers want (or need) to work where once they would have been more likely to stay at home. Technological advances make it possible for many jobs to be done anywhere, including workers’ homes, where they would once have been possible only at a specific work site. A cliché it may be but change really is the only constant and given its ever-accelerating pace a flexible approach to working is pretty much a necessary virtue, for employers just as much as employees.

Requests for flexible working, both generally and as defined by the new rules, relate to questions of where and when.

Taking the ‘where?’ question first, the ability to work from home is appealing to many people. It might be because they need to keep an eye on children, have a long commute to the workplace that wastes less time if done less often, or have their own particular motive. Sceptical employers might think that an unsupervised employee is likely to be a less productive one, but my experience is exactly the opposite. Although there are distractions in workers’ homes, they are no more intrusive than the distractions that arise at work. It is often easier to give one’s undivided attention to a work task alone at home than to try and concentrate in a busy office or workshop.

There are many more variations around ‘when’ employees could work. Some will like the idea of longer working days compressed into shorter working weeks, say, four ten-hour days rather than five days of eight hours each. Others will favour a shift that starts and finishes early. Ideally from an employer’s perspective, other employees will prefer a shift that starts and finishes late so that there is cover throughout the working day. An efficient way to find this out is to invite employees to find their own counterpart and make simultaneous requests to work flexibly. The employer will then often gain through the working day being extended at each end to accommodate these wishes. The main difficulties arise when the requests for flexible working are all for the same working patterns, so employees should be encouraged to be flexible, and mindful of the business’s needs as well as their own, when putting in their requests.

Beyond the day to day benefits to companies of allowing flexible working, the even bigger advantage it brings is in the quality of the workforce you end up with. You retain good people who might be raising families, phasing their retirement or just put a high value on their work/life balance, all of whom might otherwise feel obliged to go to another employer who fits their circumstances better. The more flexible you can be, the more varied a workforce you will have and the greater the scope to use their varying skills, experience and attributes to handle whatever life throws at your business.

Following rigid forms of working is a recipe for disaster in a world that gets ever more complex. If you show a flexible approach yourself, the chances are your employees will respond in kind. In fact, my own experience suggests you will get back far more in commitment, effort and productivity than you actually ask of them.