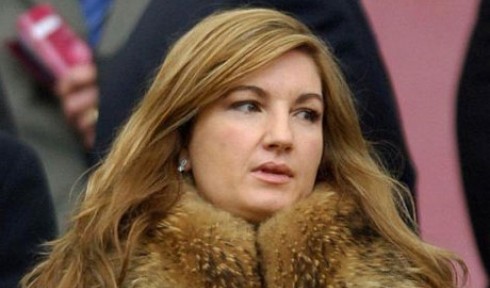 The BBC’s new ‘assistant’ on The Apprentice said people are much better off leaning proper skills, be they hairdressing, painting and decorating or indeed plumbing, which started me thinking.
Why someone with obvious common sense has got mixed up with a show so lacking in reality in the first place? In fact, it’s an insult the genre of reality television altogether!
But perhaps more importantly, exactly when will the world finally wake up to the reality that by brainwashing young people into believing university is the only path in life we are actually creating a huge problem for the future?
I left school at 15; and I’m happy to admit it was the biggest mistake of my life. I should have left the year before for all the good staying on did for me!
I started my plumbing apprenticeship immediately, and I’ve never had a day out of work since. It’s been said that my experience makes me biased, and that of course I’m pro-trades and anti-university. And maybe they’ve got a point.
But one of the things you need to have a good grasp of if you’re going to be any good as a plumber is maths. Not the hugely complicated kind responsible for economic models that somehow seem to collapse, leaving whole countries in the lurch. But, the more straightforward adding and subtracting that makes sure a washing machine doesn’t empty its contents all over the kitchen floor.
Experience tells me that if you have 150,000 less university places than wannabe students, you’ve got a problem.  Not to mention the 70-odd graduates applying for every degree-level job while a record one million young people are without work – many of whom are burdened with an average student debt of £25,000.
Using the ‘plumbers’ maths’ I’ve learned, these sums just don’t work!
So, can someone please tell me why we prefer to hire immigrant labour, pay out millions (of quid) to millions (of people) and insist on unquestioningly sending our kids to university?
We might as well train them in an outdated skill like coal mining for all the good it’ll do many of them!
Karren Brady with Lord Sugar & Nick Hewer
Anyway, I might not be a fan of Lord Sugar and his bizarre Apprentice game show, but the BBC’s not all bad. In October it’s airing a great show called ‘Young Plumber Of The Year’, with which I’ve been fortunate enough to be involved. This programme, which we are currently filming, showcases the best new talent in the industry, and aims to uncover the best young plumber from hundreds of hopefuls.
And, if The Apprentice teaches that suited spivs can win £100k by knifing each other in the boardroom, this true reality show proves that an honest trade can make you a whole lot more, and give you a solid living for life.
Maybe it will even inspire a generation of young people to buck the trend and free us form our skills shortage!