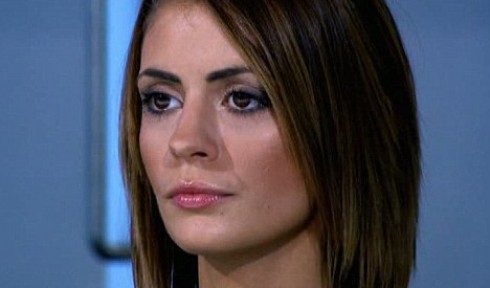 I have to say this task looked extremely challenging and all the candidates would have been under extra pressure, especially as next week is the top five and the infamous interviews!
Lord Sugar set the task of running an open top bus tour company, mixed the teams up and sent them on their way. Each team needed to decide on a tour theme, sell tickets and then run the tour around London. Stuart and Joanna were team leaders.
With Apollo deciding on ‘Cockney Tours’ and Synergy deciding on ‘Ghouls and Ghosts,’ they were off to design the tour route and sell tickets to the Great British public. With Joanna and Jamie off to find ghouls and ghosts, Jamie was wondering if he had already found one in Joanna, as her constant nagging at him would have been enough to make anyone scream.
Both teams needed to sell as many tickets as possible and fix pricing to the tours; Stuart and Liz seemed to pluck the price out of thin air. Lord Sugar had also lined up a pitch to the London visitors centre which would help sell tickets on their behalf – but for a cut of the profits. With Stuart pitching, he didn’t pick up that the pricing was too expensive and just seemed to ‘wing it.’
Chris on the other hand pitched for Synergy and came up with a innovative way of securing the business by offering 20% of ALL sales including tips and merchandise. This was a very attractive offer with a lot of risk attached, as the visitors centre would be making money based on the activities of team Synergy – something that could make or break the task.
Joanna made her thoughts clear branding it ‘foolish’ and even tried to change the deal which was incredibly unprofessional. Although, like most things in The Apprentice, candidates views will be based on the result!
Tour day –and both teams got off to a good start with lots of customers signed up from the night before. Stella was tour guide for the Cockney Tours and Jamie for Ghouls and Ghosts, I thought they both did really well! They made it light hearted and fun for the group and really got into the role – although describing the River Thames as the 2nd largest River in London was not Jamie’s finest moment! The second tour was significant as the deal with the visitors centre seemed to pay off with a full bus for team Synergy.
With both teams trying to sell tickets in Trafalgar Sq, Stuart tried to undercut a deal that Chris had set up with two tourists. This was not only unprofessional but underhand. There were some handbags between the two and Stuart was bang out of order.
The boardroom felt empty and it was clear that the losing team would already be in the firing line with only three candidates remaining on each. I have to commend Jamie here – he clearly had a tough day of it with Team Leader Joanna’s constant nagging but he never brought it up in the boardroom. It was tense and when Karen and Nick read out the results, Chris’ gamble with the visitors centre paid off and Synergy were victorious by £360; not such a foolish idea now eh Joanna?!
And so Stuart had lost again and with no structure and no plan it was time for Lord Sugar to pick through the task. It was clear that the failure of the task was based on pricing and a lack of structure, which ultimately lead to weak sales. The breakdown was interesting because everything Stuart touched didn’t turn to sold. In fact Liz out sold Stuart by two to one – yet again. However, it was in the boardroom that Stuart Baggs ‘the brand’ really came into his own.
He came out with some outrageous statements such as “I am not a one trick Pony or a ten trick Pony, I am a field of Ponies” and “I want you to wake up in the morning, check the bank balance and think he has made me millions” – his comments were almost comical! Having said that, you can’t knock his fight and determination, he really did go for it and Lord Sugar does see something in him.
It’s not often that I disagree with Lord Sugar but this week I have to. I tipped Liz to make the top five from week one and her record speaks for itself; winner as Team Leader, professional, hard worker, consistently performed in every task, great sales person and smashed the Apprentice record for £99,000 worth of products ordered – that is substance; if only she had pointed this out in the boardroom Lord Sugar may have pointed ‘the finger’ elsewhere.
I am all for giving young raw talent an opportunity and the Apprentice showcases the real skills of the individuals so we can see substance behind the words, for me Stuart has no substance, they are just words.
Lee’s Raw Talent Academy aims to provide SMEs and corporate organisations with the vehicle to build internal sales academies into long term staffing plans and to encourage organisations to look at the wider raw talent we have in the UK and not just graduates. Lee, who has over ten years experience working in recruitment and over seven years as an employer of sales people, is passionate about giving job seekers an opportunity to earn a career – and Raw Talent Academyaims to give the unemployed community that chance.