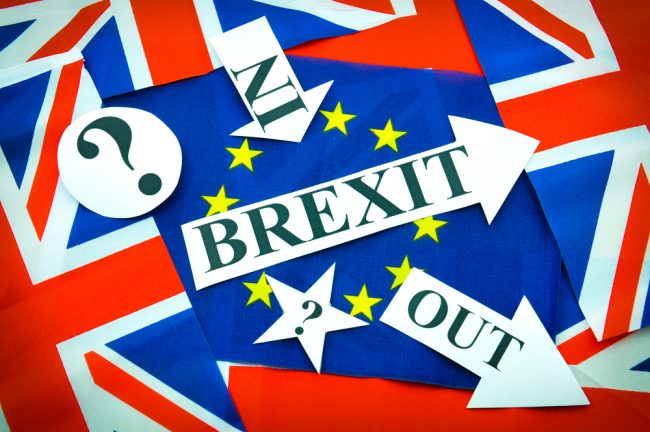 Aside from the scare-mongering, the very real prospect of exiting a political and economic supra-organization of which Britain has been apart of since 1975 presents an unprecedented set of challenges. Given our long-standing relationship with the EU, it is no under-estimation to suggest that a withdrawal will affect almost every aspect of daily life in some way. Indeed, from the point of view of Brexit campaign, that is the purpose of leaving. British businesses, especially small and medium enterprises that depend on trade with EU countries are likely to be the first among many who will need to adapt to the new commercial realities of being outside the EU.

For some businesses, a withdrawal from the EU may lead to substantial costs and for others it may present a world of attractive growth opportunities. Which businesses find themselves greatly advantaged and which find themselves negatively affected very much depends on an array of inter-connecting factors. The legal landscape for SMEs after Brexit could be one further layer of complication but a certain degree of planning could help to alleviate some unnecessary pain.

Undeniably, the uncertainty arising immediately after the referendum and the subsequent negotiations with the EU which will allow for the UK to exit in an orderly manner are likely to create an unhelpful set of circumstances for many businesses. Under Article 50 of the Treaty of Lisbon, any member state exiting the union is expected to negotiate the terms of its exit with the EU or failing that, it will be automatically ejected two years after it gives notice and that is likely to be the date of the referendum itself. A lot will ride on the good grace of our former partners. In other words, the UK may find itself outside the EU, and the single market, rather more sharpish that it expects.

No doubt, financial markets, which as a matter of habit do not take well to uncertainty, will experience some degree of turbulence. Downward pressure on the pound and a slide in the stocks of those companies that rely heavily on trade with the EU are very credible scenarios. UK exporters to the Eurozone and beyond may actually find a weak pound to be good for business in the short term, but any immediate advantages may be offset in the longer term by the unfolding costs of the realities of a Brexit vote.

What would a UK withdrawal from the EU look like?

In the immediate aftermath of the referendum vote, the UK will most likely find itself in a position where it is negotiating three sets of issues in parallel: the terms of its actual exit from the EU, its access to the internal market and its trading relationship with countries outside the EU. Unless and until preferential access to the internal market is agreed with the EU, UK manufacturers would face banded tariffs when exporting to the EU and may, in turn, have to impose tariffs under WTO rules on imports from the EU. On this calculus alone, Britain would look far less competitive than it did when it was a member of the EU.

However, the likelihood is that the UK will want to try and negotiate a wholesale settlement with the EU based on three possible scenarios. Like Iceland, Lichtenstein and Norway, the UK may seek to enter the European Economic Area (EEA). How, politically, this decision will come about remains to be seen since little has been discussed on the shape of the UK relationship with the EU after its withdrawal. Put simply, the EEA arrangement means implementing all EU regulations without any ability to negotiate them. Alternatively, the UK may prefer a network of bilateral agreements in an EFTA-style arrangement similar to that enjoyed by Switzerland. This could mean access to the internal market but would also require the UK to contribute to the budget of the EU, as Switzerland does. A third possibility is an arrangement similar to that between the EU and Canada, which creates a free trade area between them. Nobody knows for certain how this would look but what is clear from the Canadian experience, is that this arrangement does not cover all areas of trade and could take years to negotiate. In the end, the ultimate settlement with the EU, assuming that the EU wants to trade with the UK as much as some claim, is likely to a bespoke arrangement and that may take some time to negotiate.

Living with EU regulations has become a way of life for the British people. In every area of society, from health and safety, to fighting crime, to consumer protection, EU regulation is embedded into UK law. Depending on how it is measured, EU law accounts for around 13 per cent to 65 per cent of all laws made since 1975. The figures are, of course, misleading in one sense in that it is virtually impossible to say whether the UK would not have implemented those laws if it were not for the EU and, importantly, some of those laws are ones initiated by the UK in the first place. In any case, it is this aspect of union membership which has driven the debate over sovereignty.

Although little has been mentioned about which laws and regulations should stay or go in a post-EU world, there is unlikely to be any sort of wholesale shake-up. EU laws which have been implemented under UK law do not automatically fall away if the UK exits the union for the simple reason that they have been enshrined into our own legislation. Instead, any change to UK law with the ostensible aim to eject any egregious EU rules is likely to be a very gradual process over many years. SMEs, therefore, which rely on or operate within a framework of EU regulations as part of their business should not fear any automatic change to those regulations. Nothing will happen overnight. In fact, depending on what Britain’s relationship ultimately looks like in the years after the referendum, it is quite likely that British SMEs may well find themselves in any event having to conform to EU regulations and directives in order to be able to go about their business with the EU. Exit from the EU does not mean that we do not have to conform to their rules if we want to export to them.

Much of how SMEs are affected, in terms of laws and regulation, will depend largely on whether they the business in question is products or services. Under the current arrangement of Britain’s membership, British SMEs are allowed to provide financial services to other member states by virtue of the “passporting” system, thereby militating against the need to open a local office. This has considerable advantages in terms of cost savings and means that businesses can prefer to employ a UK citizen rather than having to employ staff locally. Unless the UK is able to agree to maintain this arrangement under its new settlement, it is difficult to envisage how SMEs will be able to enjoy the same level of access to consumers of financial services in the EU.

There is speculation that a successful UK withdrawal from the EU may be the catalyst for the break up of the EU as a whole. Whatever the complications of the British experience, the withdrawal of any further member states, especially those in the Eurozone, may eventually make the UK appear like an attractive proposition for overseas investors. Of course, this remains to be seen, but in the end, UK withdrawal is likely to have a significant impact on the way SMEs, particularly those who do business with the EU, operate in the future and prudent planning together with legal advisers will be key to their prosperity.