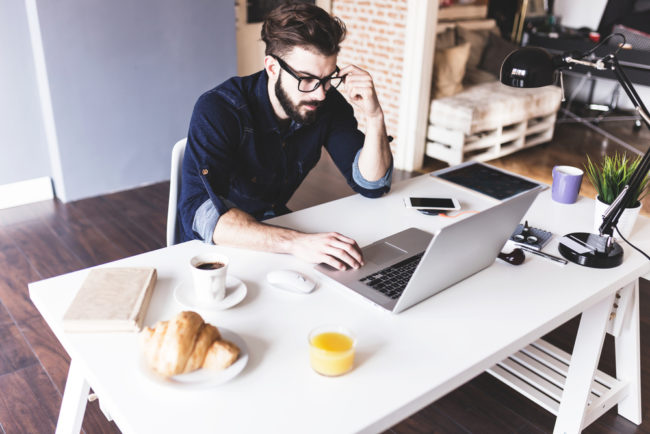 But what’s been less widely-covered is the experiences of those in the UK’s “micro-business” sector – those operating the smallest types of business with less than ten (or often none) employees. Despite making up a massive 95 per cent of all businesses in the UK, this five million-strong group of people rarely gets a mention when it comes to analysing the economy or discussing the country’s business scene.

With a view to casting greater clarity on this underrepresented group of business owners, FreeAgent asked freelancers and micro business owners what it was really like to be self-employed in the UK in 2016. Over 500 people replied and gave their views on a wide range of subjects including the government’s digital tax proposals, the EU referendum, their work-life balance and how they funded their businesses.

Here’s a sample of some of the key headlines from the past 12 months.

Making Tax Digital is a mystery to micro-businesses

Making Tax Digital is the government’s flagship proposal to fully digitise tax by 2020 and effectively put an end to the traditional tax return by getting business owners to update HMRC quarterly about their tax. The plans are currently in consultation with an update expected in the coming weeks (you can read FreeAgent’s take here), while the roll-out of the new legislation is likely to begin in the next year or two.

However, although many of those who were aware of the plans were generally positive about them, nearly half of business owners surveyed said they didn’t actually know what Making Tax Digital was.

Most micro business owners were against Brexit

July’s referendum may have seen a slender majority of UK voters opting for the UK to leave the EU, but the sentiment was not shared amongst those in the micro-business sector. In fact, FreeAgent found that nearly three-quarters of survey respondents were not in favour of Brexit.

In addition, just five per cent of respondents said that they believed Brexit would be beneficial for their business while a huge 72 per cent said that they thought it would have a negative impact on the UK economy.

Micro-businesses don’t use government funding to start up

In order to highlight its commitment to helping small businesses get established, the government revealed figures in 2016 showing that the Start Up Loans Company had reached total lending levels of £250m.

However, FreeAgent’s survey showed that the overwhelming majority of small business owners do not rely on any kind of government funding to help cover their startup costs. Instead, nearly half of respondents said they started their business with no funding whatsoever, while 43 per cent used personal savings to bankroll their startup costs.

Striking a better balance between work and personal life is among the most popular reasons that people give for starting their own business – and three quarters of those surveyed by FreeAgent said that they felt they currently had a good work/life balance.

However, despite this positive response, many still had to work long hours with no time for a proper break. Nearly a third of people surveyed admitted to working over 48 hours per week on their business, while 44 per cent said they hadn’t felt in a position to take a holiday in the last six months.

While 2016 saw the European Commission deciding that Apple needed to pay the Republic of Ireland €13 billion in tax, FreeAgent’s survey revealed that many micro-business owners clearly considered this case to be the exception to the norm – as nearly three quarters of respondents said they thought the tax system benefited big businesses more than smaller ones.

FreeAgent is currently collecting responses for its next report, so if you’d like to have your say and share your experiences of running a freelance or micro-business, take the survey now.