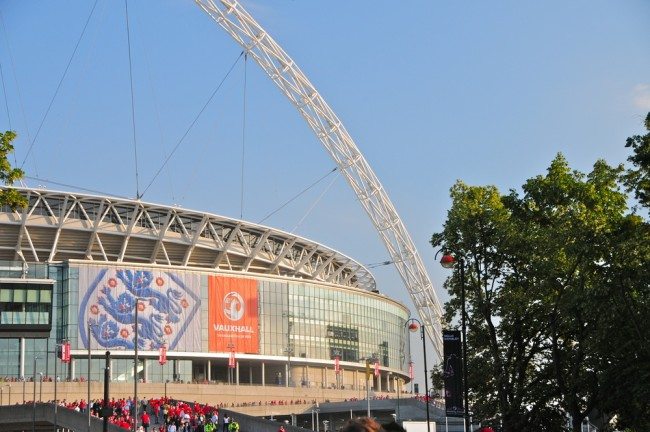 For years, Wembley had been synonymous for football, music and all sorts of events with the Wembley Park area had living in the shadows. However, that is all changing as James Saunders and his team at Quintain have spearheaded a redevelopment program which is aiming to shine a light on the rest of Wembley.

With a multimillion pound mega-stadium situated in the heart of the Wembley area, surrounding areas had suffered for many years. The famous routine of getting the train to Wembley, going straight to the stadium and going home immediately after was all too familiar, meaning the rest of the park was suffering.

But after 10 years of investment and seven years of development, Quintain have completed their first chapter of making the area of Wembley more than just a stadium.

Having targeted the history and heritage of the Wembley Park area, the newly developed park has the potential to become one of London’s most iconic venues. First established in 1884, Wembley Park hosted the British Empire Exhibition in the 1920s, drawing crowds of 27million from 50 nations as shown in the recent blockbuster film ‘The King’s Speech’. Wembley Park has also hosted two Olympic Games, in 1948 and in 2012, as well as the 1966 World Cup, Live Aid and innumerable defining moments in musical history such as the Beatles’ last UK concert.

Locked in by the North Circular and Empire way, the surrounding areas of Wembley have become a hub for unique attractions. With the introduction of the London Designer Outlet (LDO) in 2013 and outdoor cinema screens for the summer and an ice rink for the winter, there are a number of different activities that are available to customers.

The LDO is the first outlet centre within the M25. It has over 70 high street stores, restaurants, coffee shops and a 9-screen cinema.

Quintain are looking to build more than a commercial hotspot, however. With student accommodation located in the area and with 500 high quality apartments having already been built and plans for there to be 5,000 once completed, the Wembley Park area is being transformed into a thriving community, with a modern, campus-like feel to it.

York House is one of the most fascinating sites within Wembley Park, where it has been a home for many SME’s and start ups. However, the area is beginning to transform into a commercial hub, stealing the focus away from SME’s. The site also boasts one of the fastest broadband speeds in the UK, where homes and businesses have access to speeds upwards of 100mbs, with 1GB soon to be available.

Although developments have helped to improve the areas surrounding Wembley, the stadium still remains a landmark location for sports and entertainment. Wembley Stadium will host the Rugby World Cup on 20th September 2015 and the Euro 2020 Finals, as well as the NFL international series and tailgate party. Wembley Park will also host the X-Factor recordings and finals every year at Fountain Studios and in The SSE Arena.

With a proud history and growing plans for the area, Wembley Park looks to be reborn. A space which was once lifeless, waiting for events is now bouncing with life. The bleak, colourless environment has now been injected with nature, with 14,000m² of new public realm at Wembley Park, including tree-lined boulevards, squares and a new all-weather playpark. Quintain show no signs of slowing down with their development, meaning that Wembley is quickly becoming more than a stadium.