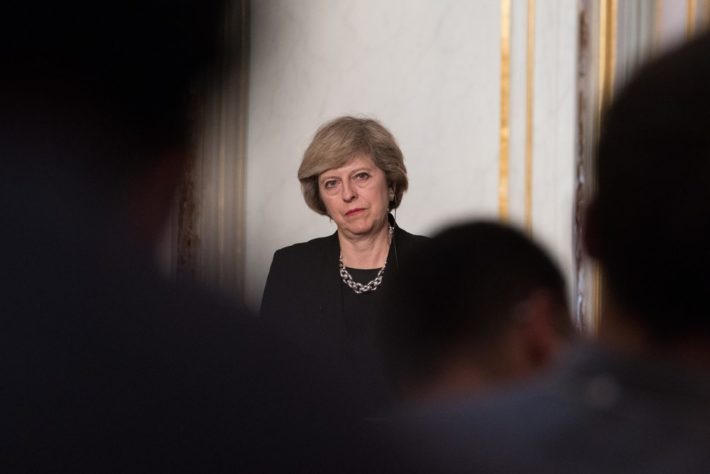 It can’t get worse, but it does get worse. Having last week swerved the flailing blows of Jacob Rees-Mogg and his European Research Group, and made it through a Conservative party confidence vote, Theresa May walked straight into a sucker punch from her fellow European leaders at the EU’s Brussels Summit. They will not renegotiate the withdrawal agreement; and nor will they give May any separate comfort or assurances about their intentions around the Irish backstop.

As Nicholas Hallam, CEO of Accordance VAT explains according to reports, May had hoped and believed that she had an agreement with her EU colleagues to provide her with a form of words about the backstop that she could use to re-sell the agreement to moderates in Parliament.

This was the purpose of postponing the December 11th vote on the deal. But it seems that the French and the Irish put a stop to the plan. Whatever is offered, they believe the Brexiteers will immediately come back for more. The UK needs to feel the ‘bleak midwinter’, as one official put it, blood freezing in terrified anticipation of no-deal, before any further dialogue is worthwhile.

It’s a dangerous game (not least for Ireland, which could suffer as much as the UK from a crash-out in March). Conservative Brexiteers, outraged by the supposed ‘betrayal’ of Theresa May’s compromise withdrawal agreement, appear to have worked themselves into a frenzied state in which only a no-deal will be accepted as honouring the referendum result.

Labour has also been consistently against May’s plan, but has offered no plausible alternative, inconsistently and opportunistically flirting with the promise of a new referendum (Kier Starmer), no referendum (Jeremy Corbyn) or both (John McDonnell).

Like the Brexiteers, but from the opposite end of the political spectrum, Corbyn may even believe that a major economic crisis is what is required to bring the country to its ideological senses. In these incredible circumstances the UK stumbles closer and closer to the dreaded cliff-edge.

No deal is the least popular of all Brexit outcomes whenever polling is undertaken; and the radical ambiguity and uncertainty of it is particularly feared by business. But no-dealers, whether overt or covert, have one enormous advantage over everyone else.

No-deal is, as it always was, the default Brexit outcome. Absent some kind of agreement with the EU, and the UK crashes out in March. Triggering Article 50 before definitively determining a preferred end-state for the post-Brexit relationship meant that the UK’s primary antagonist in negotiations was not the EU, but the clock.

There were some apparently brighter moments the week before last: the ECJ ruled that the UK has the right as a sovereign nation to unilaterally revoke Article 50; and Parliament voted to adopt Dominic Grieve’s amendment to the EU Withdrawal Act, which would require the Government to present its new plans to Parliament should May’s deal be voted down.

In theory, both the ruling and the amendment make a no-deal Brexit less likely. Until now, there has been no mechanism under the UK’s sole control to stop the UK’s inexorable progress towards leaving – deal or no deal – on March 29th.

But what happens if the UK does not leave in March? For businesses, a second referendum (which may yet result in no-deal) prolongs the agony: investment decisions will still be delayed; European hubs will look more and more attractive; there is a genuine fear of civil unrest from outraged Leavers, furious at having been undemocratically overridden by democratic means; and a potential Corbyn government with interesting ideas about share ownership and business taxation continues to wait in the wings, savouring the turmoil: in short, the can is kicked down the road, but nowhere far enough.

A big new compromise idea is ‘Norway for Now’. The media is full of stories about Cabinet ministers demanding that May ‘pivots to Norway’ if and when the withdrawal agreement is voted down. The plan (which Conservative MP Nick Boles has in fact been pushing for many months) is that the UK would join Norway in   EFTA and the European Economic Area: the UK would leave the EU and the jurisdiction of the ECJ, but would continue to be a member of the Single Market.

Guy Verhofstadt, the European Parliament’s representative in the Brexit negotiations, was busy expressing his support for this outcome on the morning of May’s Brussels humiliation.

It would be understandable for businesses to rejoice at this prospect, but there is a sting in the tail. Staying in the Single Market does not, of itself, keep the UK in the Single VAT Area. The UK would, for VAT purposes, become a third country, just as it would in the case of no-deal. British businesses would have to export into the EU; there would be a sudden major regulatory shift; cross-border trade with the EU would not be frictionless.

The original Boles plan envisaged the UK joining the EEA as an alternative to a transition period after March 29th. Were that to happen, British businesses could be facing serious difficulties.

Take UK online retailers selling to consumers in the EU. Overnight, they would lose the right to apply ‘distance selling’ VAT regulations; goods would need to be checked at borders and the whole next day delivery model would be in jeopardy.

For retailers servicing highly impatient consumers, delays could be lethal. To replicate their current model and its advantages retailers would at the very least need to obtain warehouse space in the EU – and even then may still have to deal with issues of fiscal representation. UK manufacturers and distributors may also have to re-engineer rapidly their European VAT arrangements to avoid major disruption in March.

Despite Verhofstadt’s enthusiasm for the idea, it is in any case very unclear that Norway would be happy about the UK joining its club (who wants to take the disruptive pupil that is shunted from school to school?). But, whether or not it is doable, it would not be easily workable. ‘Norway for now’ is not a panacea for the UK’s cross-border traders.