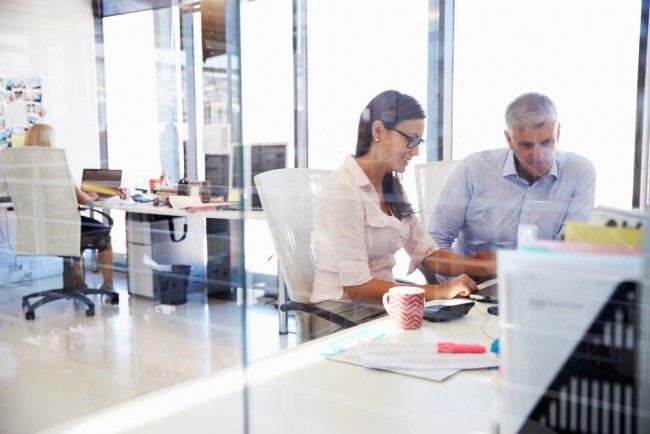 Collaboration plays a key role in most team-based organisations, with teams working together on the same set of documents and sharing feedback via email or even on paper.

Here’s six of the most common types of office collaborators: do you recognise your colleagues or even… yourself?

You have an ultra-keen eye for detail, but tend to lose sight of the big picture in your obsessive need for accuracy. Colleagues might view some of your comments as more pedantic than helpful.

Nitro recently conducted a survey with Incisive Media which found that almost seven in ten IT managers (67 percent) work with a ‘detail obsessive’ type in their workplace. 61 percent of those surveyed thought such collaborators were more likely to hold junior positions – a sign of early-onset attentiveness perhaps.

Recommendations: Being detail focussed is a valuable asset to any team, but you should also ask yourself ‘what is the long term goal of this task’ to avoid slowing yourself and others down.

You’re not afraid to say what you think, no matter how blunt the feedback may be. You’ve got your own ideas about how things should be done, and you will make sure they are heard. 66 percent of survey respondents considered these personality traits as more prevalent in senior roles.

Recommendations: It’s good to be honest and to demonstrate a keen eye for detail, just make sure your tone borders on the side of constructive rather than abrasive. Remember that you were less experienced once!

Stuck in a time warp, you prefer doing things the old-fashioned way. You’re known as the most reluctant sharer in your team, and less inclined to use modern technology. As a result you may come across to colleagues as being a bit of a time-waster and inefficient. 61 percent from the survey said they were aware of luddites in the workplace and 59 percent thought such workers were more likely to occupy senior posts.

Recommendations: It’s good to stick to your guns but be willing to try new applications and services that will keep things moving and make everyone’s life easier including your own.

And if you’re not one of the above, you probably fall into one of these…

You begin each communication with ‘Looks great!’ or ‘Great work guys’, but might fail to add much value alongside your enthusiasm. Positivity is always welcome in the workplace but make sure you’re giving useful feedback to the rest of your team.

Recommendations: Remember, sometimes it’s ok to give a little criticism! Your colleagues would find it much more useful if you were more honest and gave them a mix of positive feedback and ways to improve specific areas.

You’re constantly striving at work for personal success so you contribute in a way that will most enhance your personal advancement. You view information as a currency, a currency that will help build your career.

You’re probably a people person. Rather than act on your own, you feel more at ease by hearing out the team and their opinions before coming to any firm (or final) decisions.

Recommendations: Although it’s important to be a good listener, be mindful of delaying the decision-making process. It’s equally important to develop your own confidence and internal compass: every decision should be yours to make.