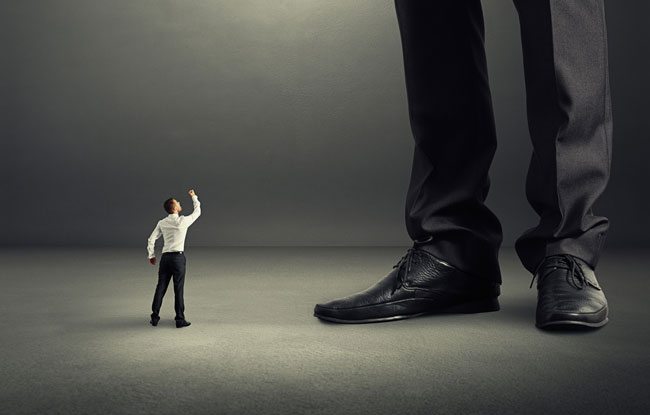 Last November, Benchmark Recruit, a UK recruitment firm surveyed 3,000 UK workers and found that 22 per cent left their last job due to lack of faith in the leadership team and 19 per cent quit because they felt “unappreciated”.

However, if people find themselves not getting on with the boss, resigning is not the only option; it is possible to turn things around and build a successful relationship, even when communication appears to have broken down.

The first thing people need to do is to take a step back and assess how the situation has escalated to this point, and then commit to improving the situation. An honest assessment of the situation is needed. This is the time for frank questions such as, ‘what is my part in the breakdown of this relationship?’ If the answer is ‘none,’ then they must dig deeper, as the saying goes, ‘it takes two to tango’. They should also think about when the problems started. What is the root causes of the issues? Were there any signs the relationship was turning sour that were missed? With careful evaluation like this often comes ‘realisation’ and the understanding from people that perhaps they have contributed to the situation. On a more positive note, it can also lead to the knowledge that the damage may not be irreversible.

Where did it all go wrong?
Poor communication is often the cause of most of the problems and misunderstandings at work. Take, for example, the employee who decided not to overload his manager’s inbox by only copying his boss on emails when he needed to escalate a situation. The problem here was that the manager only every received negative communications. Whilst he was only updated on around 5% of problems, all the communication was negative, which made him doubt his employee’s ability and competence. Of course a manager doesn’t need to know what someone is doing every minute of the day, but the communication from their staff must be balanced if they are to get a fair representation of how their effectiveness.

Avoiding conflict and ensuring good communication
Honest and open communication can go a long way towards avoiding conflict and to stop resentment building at work. If a manager behaves in a way that another person finds unacceptable then the employee needs to give constructive feedback. They need to explain to their manager how their behaviour makes them feel in order so the situation can be resolved. Equally, if an employee has made a mistake then they need to admit it and apologise – honest communication from both parties is an essential component of a good working relationship between a boss and an employee.

Problems in relationships may be caused as a result of someone’s lack of self-confidence. When people lack self-confidence, they sometimes behave in incongruous ways to hide their lack of confidence. For example, they may be trying very hard to impress others by pretending they are confident and strong, but in reality they are trying to hide their vulnerabilities in case they come across as weak. As a result, they may not listen to other people’s suggestions, micro manage, do it all themselves, and act more aggressively than necessary because they are working from a position of fear rather than confidence. As a result, they create difficult situations and conflict.

Conflicts can also be inflamed by the assumptions people make about another person’s intentions, even though the assumptions are often wrong. For example, if someone arrives late, people tend to analyse it as a lack of respect but it may not be that at all. If we assume most people’s intentions are good and are trying to do the best they can, it is easier to not to take things personally in such situations. Choosing to believe that the other person’s behaviour was not a personal affront allows the situation to be seen in a different light.

Here are some other tips to ensure a smooth relationship with the boss:

Think before you act
Assess a situation’s potential outcomes before it occurs and how the other person might react. Looking at the situation from the other person’s point of view can allow language or behaviour to be modified in order to avoid potential conflict.

Define expectations
Often expectations are developed without being communicated and instead just assumed. There needs to be clear expectation and understand about what each person expects of the other.

Admit mistakes. Often people are afraid of admitting mistakes because they don’t trust others to treat them fairly. However, people need to take responsibility for their failure and not blame others or circumstances. Taking responsibility ensures you people can something about a situation and learn from mistakes.

Right wrongs and go the extra mile. People often apologise, and do nothing more. If they make a mistake and apologise then they need to follow through, correct the previous situation and demonstrate they will change.

Constructive feedback
Make time to provide feedback and to ask for feedback, this should be done calmly and constructively without engaging defensive emotions.

Know when to call a time out
If a conversation is deteriorating, it is important to take a break and then re-group to finish the conversation once emotions have calmed down.

As quoted before, ‘it takes two to tango’, however, if people are prepared to acknowledge that they have contributed to the conflict in some way, and take responsibility for that contribution they will be half way towards creating a harmonious working relationship with their boss and colleagues.