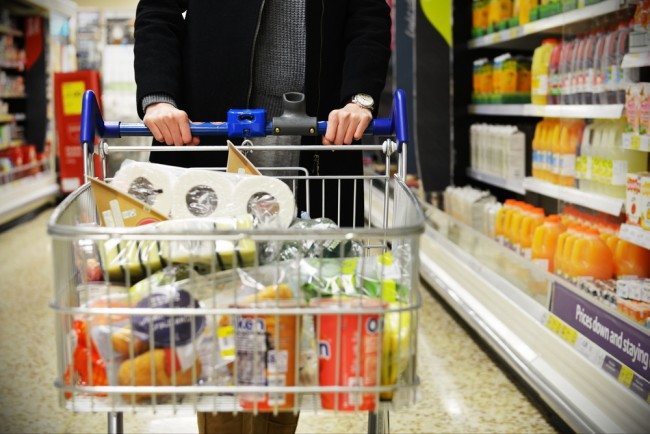 New research provides clear evidence that discounters like Aldi and Lidl are part of a seismic shift in UK grocery shopping habits.

The research, conducted in December by shopper insight experts Shoppercentric for its 50th Shopper Trends Report, shows that 67% of UK shoppers had shopped in discounters in the previous month, a growth of 56% since 2016. In comparison the mainstream supermarkets remained almost static at 84%.  The research also showed that 17% percent of UK shoppers now shop little and often, avoiding a large main shop, a 55% increase since 2016.

“In 2016 the discounters were enjoying the benefit of the recession but weren’t necessarily making serious in-roads into the mainstream grocers,” explains Jamie Rayner, Managing Director at Shoppercentric. “At that time, for 43% of UK shoppers they were a handy option in their repertoire of stores, like standard convenience stores in that, for many, they had a role but weren’t the mainstay of grocery shopping habits.”

Now, though, mainstream grocers are challenged by the fact that the appeal of the discounters is no longer all about value.

“Of course, low price is at the core of their appeal, but shoppers recognise that there is more to their offer now,” continues Rayner. “The effort the discounters have put in to improve their product quality, demonstrated by the awards they regularly win, is paying dividends. And whilst their stores are never going to be designed with comfort in mind, shoppers know what they are getting, and are willing to make the trade-offs required on a regular basis.”

The research shows that the challenge that the discounters now present to mainstream grocers is around the dilution of shopper loyalty.

“One in three UK shoppers say they spread their grocery spending more nowadays, so the store they use most often gets a smaller share than in the past. Combine this with the little and often trend that we found, and the danger for the large grocers is clear – loyalty is increasingly a luxury, and growth under these circumstances is not going to get any easier.”

Since discounters first appeared on the scene, explains Rayner, the mainstream grocers have been able to talk about their ranges as being the big benefit to using their stores. Discounters couldn’t compete when they had small store formats, and their value model was based on limited stock availability. However, when more shoppers say they use discounters to see new or different products than use mainstream multiples for the same reason, it is time for the multiples to really think through the challenge the discounters represent.

“There are plenty of signs that the UK grocery market is struggling to grow in the way it has in the past,” adds Rayner. “UK shoppers are becoming more concerned about waste and are questioning their own spending veracity. If shoppers can’t be encouraged to spend more, then the existing retailers can only grow their share by stealing from the competition. That’s easy if you are in a position of strength and based on the shopping patterns evident in the UK it is now arguable the appeal of the discounters as market disrupters is stronger than simply being one of the market big boys.”

“As Aldi and Lidl deliver more store openings in 2020 – giving them accessibility on a par with the big four – this really is the year where the mainstream grocers need to get to grips with the role they play in UK shoppers repertoires.”

The research further shows that more women than men are shopping in discounters as their main place to shop compared with the main grocers, and that, overall, broadly younger people are more likely to be shopping at discounters. However, when the research compared the shopper profiles across which stores are used overall (vs. the main place of shopping) there was little difference.  So Shoppercentric suggests that although the discounters have a different demographic profile amongst its current main shoppers the appeal and use is in fact as broad as the other main grocers.  Shoppers across all demographics are ‘there’ already, just not yet their main shop used, which is only a good sign for the future growth of the discounters.