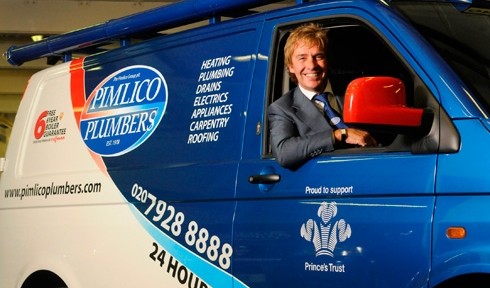 Fuel costs are already hitting businesses hard.  Another rise will push many over the edge.  The Government will have to weigh up the value of the additional tax-take compared to the drop in income tax, National Insurance, rates and VAT they will lose if it causes businesses to go bust.
We have a fleet of more than 120 vans, cars and bikes operating in Central London and seen our annual fuel costs have rise from around £800,000 to almost a million pounds.
We’re been working hard to prevent the rise being passed onto our customers. That will not always be possible for some self-employed people and small firms.  If there is another duty rise they won’t be driving to jobs they’ll be driven out of business.
This debate also gives environmentalists a platform to encourage people to get rid of their vehicles.   Of course, efforts can be made to reduce fuel usage and the environment.
For example, at Pimlico Plumbers we have the most efficient vans available and use low-fuel consumption motor scooters to transport parts around London.
On the whole though, for the sake of the economy, we have to put some of the environmental arguments to one side.
How can a mobile business like plumbers operate without their vans?  I can’t really see tradespeople travelling to jobs on the bus or tube with their tools in a rucksack.