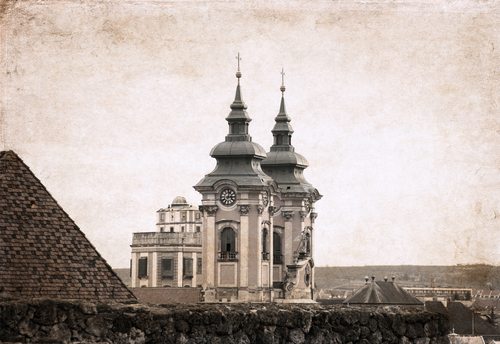 One of my most memorable experiences was on my first trip to India. I remember being picked up by a Mercedes whose driver brushed aside the myriad of bicycles, motorised rickshaws and smaller, less worthy (in his eyes) cars with a combination of continuous horn blasts, speed and imposing bulk as we careered down the road from the airport to the hotel. I remember the embarrassment of being decked out with a garland of flowers and waited on hand and foot by a guy whose sole job was to offer drinks at least once an hour. I remember talking to my new Indian team and feeling really uncomfortable as they shook their heads to indicate agreement.

In Hungary, it’s easier, but still different. To me the world contains a mixture of people who see the glass as either half empty or half full. However, in Hungary they will all explain to you why the glass is really, really half empty. My colleague recently started the first lesson in Hungarian to be greeted by the sentence “Welcome to your first lesson in Hungarian, the most difficult to learn language in the world”.

Making it all work

Despite the differences, my ecommerce software company has made it work for us in both countries, and in both cases it has come from the same approach. This has involved persistence, building relationships, understanding the culture and mutual respect. And here’s the thing, we are still working with the same Indian and Hungarian companies that we started out with over ten years ago.

Both have teams that work 100% for us. We still have three of the original five Hungarians nearly 13 years later and the story is similar with the Indian team. We try to be good customers, and they have reciprocated by being good suppliers.

Outsourcing for us has been a huge success, but this didn’t happen overnight. That, in my opinion is part of the key. We have been committed for the long term; we have come to understand the differences and we have shown respect for their culture and sensitivity to their needs. In return we have negotiated great pricing.

Would I do it all over again? Absolutely, my latest start up is using a team of programmers in Budapest.

My final thought. If you ever visit Hungary, stay off the home-brewed Palinka, it’s poison.