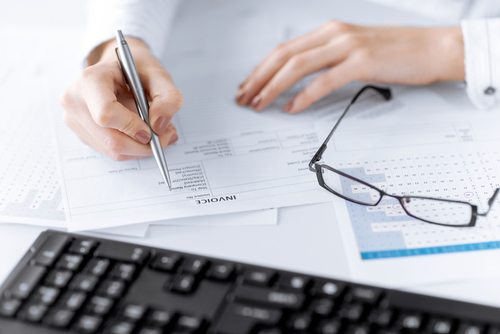 I speak from experience here – when I started my first business Alexander Mann, it became successful but it took me a long time to scale it into something even bigger. I recognised that there were three stages to a business – starting from scratch and getting a million pound turnover, then going to a £10m turnover, and then taking it to £100m and beyond.

At the time, I felt I was quite good at the first two stages, but lacked some of the know-how to take it up a notch. Therefore I hired somebody that had built and grown recruitment companies before. He was probably my first big senior hire and made a tremendous difference. I had no hesitation in giving him large amounts of responsibility, and although initially it was a strange feeling to see him doing a lot of the things I used to do, it very quickly became apparent that he was going to take us to the next level and give me the skills to do so in the future.

This is actually something a lot of entrepreneurs struggle to do – delegate. It is often the case that somebody will start a business and naturally be very protective of it. There is also the traditional entrepreneur’s mentality of wanting to do everything yourself. But the fact remains that the growth of a business will always come down to the people within it.

As the owner-manager, there are two excellent reasons for delegating. Firstly, you need time to remove yourself from what I call the ‘noise’ so you can think strategically about how the company will move forward. In the case of Alexander Mann, having that senior figure allowed me to think about how I could expand the business into other sectors.

Secondly, you need people who are experts in all areas of a business. The chances of you being brilliant at everything, from marketing to finance to sales, are slim. Bringing people on board who are experts in specific departments will help your business be more efficient and enhance its ability to grow.

To this end, the recruitment process is all important. I have spoken in the past about the importance of your first hire, but in truth, every hire is critical, especially at the SME stage. If you are truly committed to growing your business, it is often a good idea to bring in people that are have been there and done it before.

You may feel you lack the capital to attract these experienced people, as they will generally command high salaries – in that case, consider sharing equity with them. I have done this many times and it is absolutely worth it, because if that person buys into your vision and is motivated by a slice of the profits, it becomes a win-win situation. Don’t feel as though you are losing control, because as I have always said – it is better to own a smaller slice of a business that has real value, than 100% of something worth very little.

What also helps is having a good vision of where you want your business to be. Some entrepreneurs think only about today – but I believe in thinking about tomorrow, the week after, and the following year as well. I’ve just relaunched my Recruitment Entrepreneur campaign, where I’m offering up to £500,000 and mentoring to somebody who wants to start their own recruitment business. The person I back has to be someone who thinks ahead and has the ambition to grow a business of real value. Of course there will always be twists and turns along the way and every entrepreneur needs to be flexible enough to react to these. But without long-term goals and a vision to work towards, your company simply won’t be scalable.

It is also important to be totally honest with where your business is currently.. There are things you may be getting away with right now, such as any inefficiency within your systems. But once you scale up, these can be more costly, so look to solve them first. You may also need to restructure the business to make it ‘leaner’ – this requires cost cutting, which isn’t the easiest process but can lead to greater staff engagement and involvement in the long-term. And as ever, it is the long-term which you need to have in mind.

James Caan CBE is one of the UK’s most successful entrepreneurs. He made his fortune through the global success of his Recruitment companies, Alexander Mann and Humana International, before founding private equity firm Hamilton Bradshaw in 2004. He is best known for joining the panel of the hit BBC show Dragons’ Den, and more recently, The Business Class on CNBC. A passionate supporter of small businesses, James chairs the Government’s Start Up Loans scheme, which provides funding and mentoring to budding entrepreneurs.
View all posts

James Caan CBE is one of the UK’s most successful entrepreneurs. He made his fortune through the global success of his Recruitment companies, Alexander Mann and Humana International, before founding private equity firm Hamilton Bradshaw in 2004. He is best known for joining the panel of the hit BBC show Dragons’ Den, and more recently, The Business Class on CNBC. A passionate supporter of small businesses, James chairs the Government’s Start Up Loans scheme, which provides funding and mentoring to budding entrepreneurs.