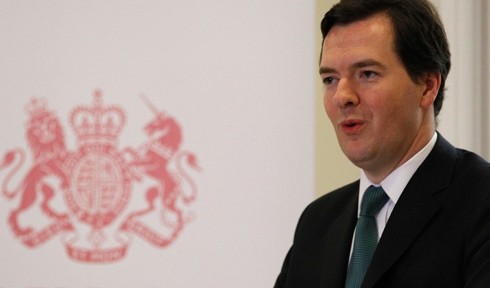 Thank God they were thrown out on their proverbial ears!
I stayed because I felt that, despite the absence of an immediate reversal of that particular policy, with George Osborne at the helm we had what it was going to take to dig the economy out of recession and back on the road to prosperity.
At the time he said that the higher tax rate would be a temporary measure, and I believe he was sincere in what he said.
Today, 20 leading economists are describing my exact thought pattern of two years ago when they argue that the 50p rate for those earning more than £150,000 a year is a disincentive to the very growth that we should be encouraging.
They say that those who are being hit by this rate can easily avoid much of it. The simplest way being to pack their bags and do business, and pay tax, elsewhere.
Of course, some people will point to the actual amount collected, arguing that’s money we wouldn’t have without the top rate. But what about all the tax revenue lost when a load of high earners slung their hooks and took their money with them? No doubt to somewhere warmer.
After the election last year the message needed to very much be ‘don’t panic’, but now that the Coalition has its feet well and truly under the Treasury table the time is right to cut this punitive tax and stimulate growth, rather than give people like me reasons to consider not doing business in the UK.
The whole idea was always idiotic, and just another example of economic ineptitude, which managed to stay hidden for so long (during the good times) under Brown, as he spent like there was no tomorrow.
Faced with a crisis that was beyond their understanding, and definitely their pay grade, these false economists panicked, and the result was a half-baked tax on the very people who could bail them and the country out.
Today the only thing left of that era appears to be a couple of inconsequential blokes called Ed and a book written by a has-been attacking another of ‘yesterday’s men’.
So while they squabble among themselves, the Coalition can be decisive.  I really feel getting rid of the 50p in the pound top tax rate could be just the shot in the arm we desperately need!