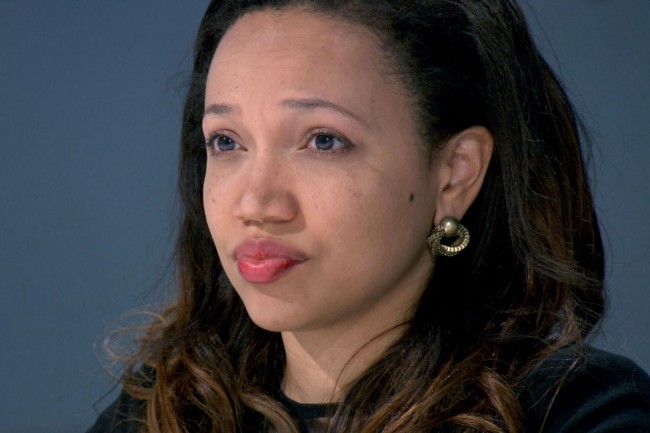 Episode 1 saw Lord Sugar mixing it up with the teams, a first for the show he had both males and females on one team. It must have all been a bit much as episode 2 saw the return of the gender divide and a return to normality.

Meeting at the Barbican Conservatory contestants were left wondering if they were venturing into the arts, alas they were flogging shampoo. A task based on a school activity Lord Sugar took part in around 50 years ago.

Contestant were tasked with coming up with a hair product based on a cactus, yes that prickly but lovable plant found in deserts.

Richard who was PM for the boys decided delegation was key to remaining in the game if they were to fail, and farmed every task out to someone else whilst still ‘pulling in the reigns’, his words not mine. This didn’t go unnoticed by members of his team. Thankfully they won, with Lord Sugar even going so far as to say this was the best product developed in all the many many years of this program. Cue Richard taking the credit, obviously all his own hard work and encouragement of his team.

Things didn’t go quite as well for the girls. You may think that given a task to do with developing and promoting a product for hair the best choice of PM would be someone that does that on a daily basis? Obviously Charleine would be the perfect PM, err nope, Aisha was voted in PM, due to being a specialist in hair extensions, though possibly not a lot else.

Aiming their product at the ‘grey pound’ i.e woman over the 45 mark (cue gasps) the team not only created a shampoo bottle that looked more like a toilet cleaning product, with a squashed raspberry on, but also hired two twenty-somethings for the advertising campaign. Luckily the lovely, if not a little creepy, Ruth stepped in front of the wind machine at the last minute.

Then came the pitches, in the loosest sense of the word. I will never understand why people say they are going to wing it, or volunteer to pitch a product they don’t like or believe in. After a pitch from the boys that contained a huge mind blank and pitch from the girls that was just downright painful it was back to the boardroom.

With the girls being pulled back into the boardroom Aisha chose to bring in Natalie, who to be fair was annoyingly rubbish, and Vana. I can only conclude the Aisha was suffering from memory loss with this choice.

With Lord Sugar pointing out that Vana should never have been bought back into the boardroom it was down to Natalie and Aisha. After a telling off for her poor performance pitching and lack of belief in the product Natalie narrowly dodged the bullet and Aisha was sent to meet the waiting taxi.

During her taxi ride Aisha seemed most surprised by the fact that the team of women apparently turned on her. I can only think that she meant to enter the sewing bee or another of the BBC’s more cuddly programs.