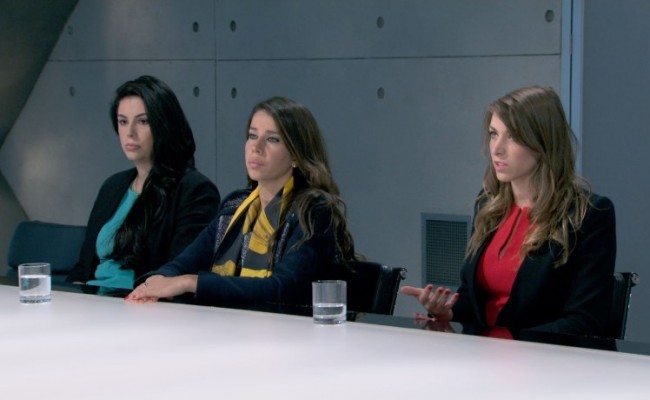 After the normal phone call the contestants were summoned to the tunnels under Dover Castle. Lord Sugar wasn’t there, he’d been called away of ‘urgent’ business, though I think really he just wanted to work in his PJ’s on the day of filming.

However fear not, the contestants had a mission of stealth and cunning, a scavenger hunt spanning the channel, not happy with inflicting these plonkers on just the British, Lord Sugar sent half the team to France.

Starting with the girls, and the first quote that had me hiding behind my cushion. “Where is Dover?”. I’m not sure if it’s any better that Elle confirmed that she knew it was near the sea when asking or not.

To be fair, the girls used charm and fluttering of eyelashes to scare a poor french man into parting with some crystal champagne flutes for a meer €45 and may have done well if they hadn’t had incurred fines for missing items and bought an inflatable boat for £255.

This episode once again saw the women turning on each other like something out of a high school film and it was easy to see that it wasn’t going to end well.

The boys however had their own troubles. Joseph took the helm heading across the channel with the two french speaking contestants. When I say french speaking, one had an A-level though I’m not sure that actually means that you can speak French and Richard could vaguely throw a few french words together.

Brett headed up the UK team and after getting knee deep in manure they made it through the task only one item down.

Back in the boardroom amid much tension of who may come out on top, trying to forget the girls had paid £255 for a boat and were missing a few items, the boys were declared the winners, and sent off on their merry way.

Heading back to the boardroom with Vana, was Elle and Georgia. Georgia for not doing anything, and Elle for buying a boat. In a glimmer or hope for human kind Vana took on board her failings and accepted responsibility for the failure of the task.

Dashing that glimmer of hope Lord Sugar told Vana that she needed to start looking out for number one, Elle that she had done well standing up for herself and confirmed Georgia had done nothing and fired her.

So with my expectations of human nature dashed again I wait with baited breath for the next episode. 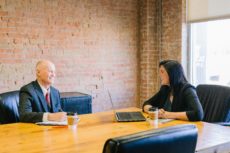