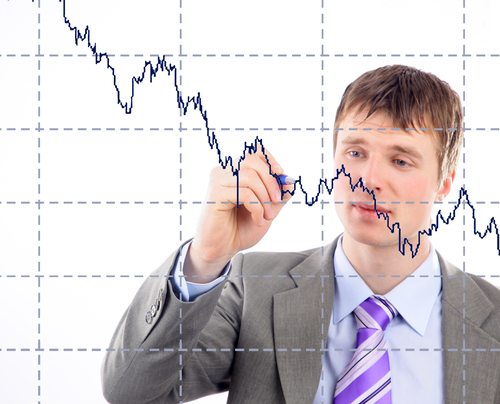 However the UK’s own procedures effectively discriminate against small companies. It does this by asking questions about size and turnover before you’re even allowed to pitch, confusing the answers to these questions with capability to deliver.

In May this year Lord Young wrote a report for the Government on growing smaller businesses. The report made all the right noises about the importance of small business to the economy but buried in the detail were some statistics that, as a tax payer, I found quite shocking.

These statistics alone make a compelling case for the procurement process to be opened up to smaller businesses for the good of the UK economy. However the report also revealed the huge savings that Government departments have reported following the awarding of contracts to smaller suppliers. The Home Office, for example, achieved a 90% reduction in cost (from £73,000 cost of the incumbent supplier to £7,000) as a result of awarding a hosting and server contract to a smaller provider. This was not an isolated case; the savings reported by Departments (by switching from incumbent and large suppliers to smaller suppliers) were all in the region of 30% to 90%. I emphasise again that these are the Government’s own statistics, found in Lord Young’s report.

Once these statistics were made public I expected an outcry and urgent action to shift procurement rules in favour of small companies, if nothing else it could make a huge impact on the national debt. Instead, despite this compelling evidence, the Government has announced that its target is to award a mere 25% of public sector contracts to SMEs by 2015!

I believe that the answer is that while the private sector and consumers recognise that small companies offer services and flexibility that often make them a better value supplier, the public sector is still entrenched in the belief that it’s better to go with the big guys: “No-one ever got sacked for employing IBM”. There is an assumption in the public sector that the larger the company, the safer the service. I don’t think civil servants have even questioned that assumption, despite all the recent evidence to the contrary.

A number of company directors have supported my stance, including Chris Searson, Chairman of Smart Cookie, one of the UK’s top specialist 3D digital production companies. Chris has helped a number of companies to enjoy exponential growth and has worked with many household brands. He too believes that smaller companies often provide better value and a better service; “I’m a passionate believer in ensuring that companies don’t grow too large. Beyond 50 employees individuals and the Board have less of a stake in the success of a project, because it is only a small part of their business. Smaller companies are therefore inherently more committed to the success of their customers.”

At Digital Craftsmen we provide bespoke, tailored IT hosting services to businesses and were recently retained by 1st Central Insurance to supply business-critical hosting. At the time, Pete Johnson, Group Chief Information Officer at 1St Central Insurance explained the advantages of working with Digital Craftsmen; “It’s very easy to go with the big guys, but we wanted the service and flexibility that you get with a smaller provider. They’ve more than proved their worth over the last three years.”

Consumers have woken up to how ‘safe’ large suppliers are following the horsemeat scandal and Lord Young exposed the dramatic savings the taxpayer could make. I would expect there to be an urgent widespread change in public procurement to ensure more small companies bid for and win contracts. The small business community need to question why this hasn’t happened. I would like to see anti-discrimination rules introduced into all public sector procurement so that SMEs can challenge practices that discriminate against them.

By Simon Wilcox of Digital Craftsmen