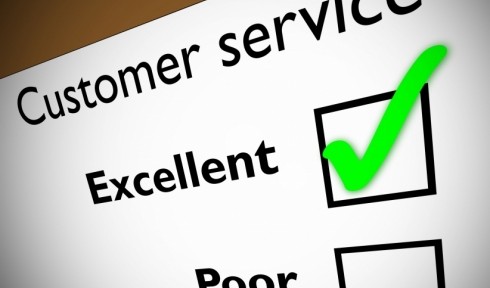 First things first. My name is Sara and I am a serial complainer. I’m fairly sure that a significant proportion of my DNA is not Anglo-Saxon in its origin because I absolutely love to moan when I feel let down by a product or service. Conversely, I’m the first to shout about good service. In this sense, I suppose I’m a challenging customer. Go the extra mile to delight me and I’ll tell the world, but let me down and I’ll make a huge fuss. I’m certainly – and increasingly – not alone in that stance.
The rise of social media has made it easier than ever for consumers to air our grievances. Now you can slate or rate a company on your Twitter or Facebook profile within seconds, and reach thousands of people with your feedback. It’s little wonder the big boys are diverting resources from traditional call centres to dedicated social media teams, whose role is to monitor brand mentions online and intervene to resolve complaint situations.
Long gone are the days when lodging a complaint involved penning an angry letter, leaving it in your handbag until the white envelope turned a shade Dulux would probably call ‘miserable pigeon’ (err, just me then?) before popping it into a post box and waiting two weeks for a reply.
Now, one well-timed ‘Been royally let down by (INSERT COMPANY NAME) – steer well clear’ tweet can get results, and fast.

Back in the early days of the internet, when I wrote for a newspaper, I quickly worked out that bypassing the customer service department and putting in a call to the press office usually got me the result I was looking for.

The fear of being slated in the press was enough to ensure a swift resolution to whatever problem was bothering me at the time. Nowadays, social media has given all of us that power to stamp our feet that little bit harder. And savvy companies are sitting up, taking notice and taking action.

Let me give you an example. A recent visit to a local luxury spa wasn’t what I expected. After a hectic few months setting up my new business, I had booked a spa day as a treat. I was looking forward to a relaxing day, a chance to breathe and rejuvenate.

What I received was rudeness and indifference from the staff, a slap dash treatment and an overall experience that left a bitter taste in the mouth. I tweeted about the poor service, naming the spa and giving them an @ mention to make sure they saw my tweet.

I quickly received a tweet asking for me to email the details of my complaint and within 24 hours the spa manager had emailed me apologising and inviting me back for a day of complimentary treatments of my choice. I took her up on the offer and the return visit was everything the first one should have been. The result is, I’ll definitely go back again.

Another example is a recent set-to with Lloyds TSB over a broken online business banking service. Hours on the telephone got me nowhere. One tweet and the issue was fixed within a week, and I was given a sweet £100 compensation gesture to make up for my inconvenience.
I’ve gone from Lloyds TSB hater to lover in seven days.

Now here’s the lesson for business. Had the spa and bank not intervened in a timely and appropriate manner, I would still be bad-mouthing them to all and sundry.

So lesson number one is that social media can be an incredibly powerful tool for customer service. Use it to monitor, engage and compensate.
Do it properly and there is a way of turning around negative situations. Your potential brand terrorists can become brand ambassadors – you just need to give them the tools. And this is true no matter what the size of your business.
You can easily set up real time searches for your business name using the Twitter web interface or other clients such as Hootsuite and Tweetdeck. Make sure you check the search often, and act accordingly.
It’s understandable why social media was initially seen as a threat to customer service departments. Indeed, many unenlightened companies still view it that way. But consider this. I wouldn’t have bothered writing a letter or email about my spa nightmare. I would have continued to phone my bank for weeks on end, hoping for a resolution. In the spa example, I would have seethed for a bit, told a few people how awful it was and made a mental note never to return. With the bank, I would have written them off as incompetent and possibly switched banks. I would have been a toxic non-returning customer.
Yes, social media makes it easy to praise or complain at a few keystrokes – a victory for consumers, which might seem a royal pain for those in any line of business. But turn it on its head and it actually gives businesses a golden opportunity to engage with customers who might otherwise have harboured a long-lasting negativity about that business. And whose custom could well have been lost.
Everybody messes up from time to time. The key is how you deal with it. Social media makes it easier to listen and easier to respond. So use it!

If you’re looking for some inspiration for handling online customer comments for your business, I asked my Twitter followers for the best examples of companies that do it well and have listed them below.

Why not check these out. And ask yourself, how could you do better when it comes to listening and responding to the people that make or break your business?.