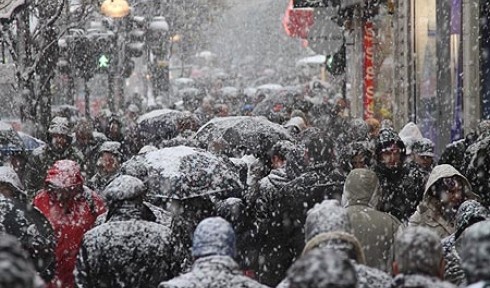 Sometimes things happen that are beyond anyone’s control – the recent arctic conditions are a case in point, but it’s how you react afterwards that can make all the difference.  In my view, the VAT rise is one of those things.
Let’s face it, business is business and it’s all good for the economy whether it’s taxed at 17.5 or 20 percent.
It doesn’t matter if you’re selling clothes, toys or boilers let’s have the trade to keep the UK riding the seasonal wave, even if we need to postpone the rate rise a month.
I’ve been a supporter of the VAT rise from 17.5 percent to 20 percent, which is due on 4 January 2011, since it was announced by the Chancellor George Osborne earlier this year, but all areas of the economy would benefit from postponing the increase.
The high street has been robbed of its pre-Christmas bonanza because of the weather and associated problems before the new 20 percent rate kicks in.
And retailers and their customers aren’t alone in this situation.  We’ve been battling to keep people warm over the last few weeks with a massive rise in boiler repairs and frozen pipes, which means the usual flow of bathroom, kitchen and central heating installs have had to wait.
Some will go ahead in the New Year, but a lot just won’t happen, especially as money gets tight and people feel they can’t afford to shell out the extra cost.
We do need a VAT rise to help pay back the massive mortgage Gordon Brown took out on our country, but with the weather misery on top of the economic strife I seriously think we should give people a break.
I’m sure the country’s coffers would prefer 17.5 percent of a purchase rather than 20 percent of nothing.”