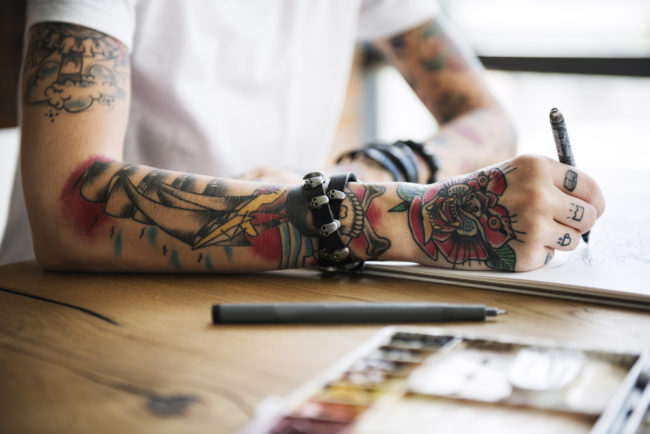 Is getting a reputation as a positive employer by encouraging diversity and inclusion in workplace dress as important as avoiding litigation? Yes, if not more so argues HR specialist Sarah Loates. After all, you want to maximise your recruitment pool, not reduce it …

Dress code can be a thorny topic for employers, as they strive to balance the need for staff to be smart at work while avoiding discriminating against people based on their appearance, related to an underlying ‘protected characteristic’ such as sex, religion or belief and race.

It is still common for businesses to have a ‘dress code’, ‘grooming’ or ‘look’ policy, with the aim of managing their brand image, co-worker relationships, and – especially in the case of businesses which interface with machinery or food – the all-important health and safety.

But changing societal norms have increasingly meant these can lead to as many problems as they attempt to solve.

First things first: it is important to avoid discrimination claims on the basis of any of the nine protected characteristics within the Equality Act.

Cases of employees bringing discrimination cases against businesses can and do hit the headlines. Many will recall that of Nicola Thorp, who successfully argued it was unfair that she was asked to wear high heels to work as a receptionist, as well as launching a petition which attracted 123,000 signatures.

When developing any kind of policy, carefully consider whether it applies as equally to women as men, take care that any stipulations strictly focus on the employees’ ability to do their job, and be mindful not to apply practices which indirectly discriminate by disadvantaging one group over another. For example, requiring a Muslim not to wear a headscarf could potentially discriminate, unless it achieves a ‘legitimate business aim’. Such as the case where a support worker argued that being asked not to wear a veil whilst teaching children when male colleagues were present was indirectly discriminatory, the tribunal found that this was not the case, as the employer had evidence that the children did not engage as well when the support worker was wearing her veil, and therefore this impacted on her effectiveness in the role.

But while in the past the debate on dress has been focused on clothing and hair, it is now increasingly shifting to what even recently would have been seen to be “out of the question” aspects of personal appearance, such as tattoos and piercings which do not fall under the Equality Act. (unless it is argued they link to a protected characteristic such as religion or belief).

With one in five Brits thought to have a tattoo, a figure that rises to a third of people in their 30s – with the wife of former Prime Minister Samantha Cameron having herself been permanently adorned – no longer is body inking seen as a subversive counter-culture but a social norm.

With that in mind, employers may choose to adopt a more flexible approach. For instance, at Starbucks, employees initiated an online petition to amend the company’s tattoo policy, a move that has met with some success and could improve employee engagement and encourage workplace diversity.

Embracing this type of change will help achieve a consistent, inclusive reputation as a good employer; not doing so could lead to negative publicity but will also mean missing out on large sections of potential talent. While in the past a tattooed staff member having meetings with clients would have been seen as a potentially embarrassing negative brand-image, nowadays those clients are as likely to be inked as staff, so the issue may not arise. And even if they’re not, one hardly imagines any eyebrows will be raised.

It seems that in response to this, the trend is shifting towards a more relaxed approach with The Police Federation now calling for a more open-minded attitude towards inked officers.

So, what’s the answer? No-one is suggesting that employers should let their staff be scruffy and unkempt at work. Indeed, standards of personal grooming for both men and women is in some ways higher than ever in the 21st century. Not being smart when interacting with customers is as much a no-no as it ever was.

But freedom of self-expression is increasingly highly valued and employers risk alienating both staff and clients by trying to stamp it out.

By showing adaptability to society’s changing norms, employers will find they don’t unnecessarily restrict the recruitment pool and avoid discriminatory practices. Not only that, if staff feel they can express themselves by means of their appearance, morale and therefore productivity will increase too.

Which is a win-win.

Sarah Loates is a chartered HR professional and owner and founder of Loates Business Solutions Ltd, which provides HR consultancy and training in the East Midlands. Before establishing her business, which has experienced rapid growth over the past five years, she held HR roles at E.ON and PKF Cooper Parry. Sarah specialises in employee relations, employment law and talent management.
View all posts

Sarah Loates is a chartered HR professional and owner and founder of Loates Business Solutions Ltd, which provides HR consultancy and training in the East Midlands. Before establishing her business, which has experienced rapid growth over the past five years, she held HR roles at E.ON and PKF Cooper Parry. Sarah specialises in employee relations, employment law and talent management.