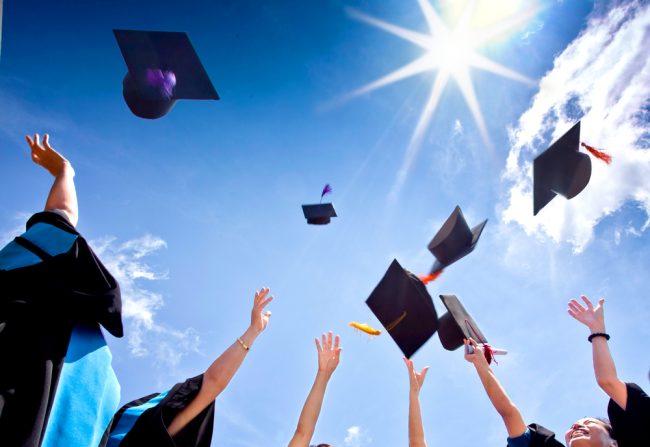 I was being interviewed on BBC Radio about the issue and I told the host that, in 2015, six months after graduation, 60,000 new graduates were n non-graduate jobs.  That is a national statistic.

However, the bloke representing the other company on the wireless, The University of Bedfordshire, denied this and said 90% of his graduates had jobs. This, of course, is true, but they aren’t all graduate jobs, and is a perfect example of how these people misrepresent what they are selling.

Another way they misrepresent their product is by saying that as a graduate you will earn a couple of hundred grand more during your working life than non-graduates.

It might be true compared to the entire non-graduate population, but that’s not the case against non-graduates who train for a similar period of time, but just don’t go to university.

And there is the small matter of the £50k fees debt they have to pay off that needs to be subtracted from any alleged larger life-long salary, which looks to me a bit like selling wine, without mentioning the 14% alcohol it contains!

Personally I think the advertising standards people should start regulating these education businesses, and making them justify their wildly inaccurate and misleading claims.

The truth of course is that I’m all for training, and am not against universities for those who need to go to learn skills needed for certain jobs. I, for example, want my doctor to have a good grasp of science and human physiology at a level past A-Level, although I note that surgeons for example, are trained in a way that looks pretty much like an apprenticeship to me.

Point is, trade apprenticeships are a great way of building a career that will keep you in good paying work for life. At the end of your training you will be employable, unlike graduates, who need to be trained again by their new employers, should they manage to find a job.

As an apprentice you also get paid while you train, and there is no £50k tuition fees debt at the end.

Of course, I’m a businessman too and also have a vested interest in getting more apprentices into training. If we don’t train them, there will be no tradespeople to keep my company going in the future.

The main difference though is I’m not making money from apprentices, quite the opposite for the first year at least, and what I’m offering is better, and makes more sense.