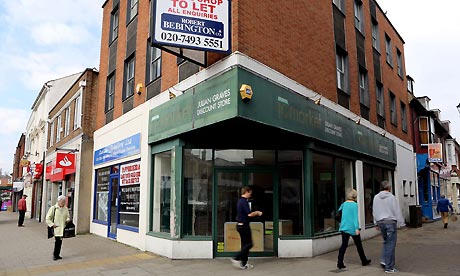 Are we heading for a recession? I think we are.

It’s not difficult to see how a recession is on the horizon. Corporate America leads the world’s financial markets and the so-called FANG Stocks: Facebook, Amazon, Netflix and Google are at their craziest valuations ever. An example of this is Amazon which is trading at its highest valuation in 10 years although its growth rate has dropped to 50 per cent on previous years.

Another is Netflix whose free cash-flow has moved from £300m positive to £2b negative and their business model is also moving into content creation which is margin reducing not enhancing. The competitor content creation companies like Disney trade at 2-3 times revenue while Netflix trades at 7.5. How can this be right? You can buy a share in Netflix for $183 today which will give you a $1 return after a year of owning it. Crazy.

In every bull market you get a group of stocks that become priced for perfection. These are the FANG Stocks. Unfortunately, perfection they are not.

At the end of the dotcom era we had 29 companies on the S&P 500 trading at 10 times revenue – today we have 28. Let me put this into perspective.

Buying company shares at 10 x times revenue valuation would need to give 100 per cent of their revenue as a dividend over 10 years to give you your money back. To do that the company would need to:

What are people thinking? Would you buy shares in a company valued at 10 times its revenue?

The way businesses are valued should not change. It has worked for over 100 years. The iron law of valuation is discounted cash-flow. How much free-cash is returnable to shareholders in each of the forecast years, multiplied by a suitable period for return.

So how does this effect start-ups?

High company valuations are due to many things including low interest rates. Interest rates are going to rise in 2018 and valuations will decline. When start-ups can no longer point to Amazon and Facebook as good reason why they should be funded at a multiple of revenue rather than forecast profit, the investment landscape will change.

When interest rates rise the world is going to be left with thousands of early stage businesses that raised early investment and now have nowhere to go to raise more. They will need to become inventive, create down-round opportunities and in some cases turn to friends and family to bail them out. Others will just close the doors and go bust. 2018 and 2019 are going to be interesting years and I predict the success rate of early stage businesses changing to more like 1 in 6.

What’s a real shame is not that thousands of start-ups will fail (as that happens every year) but that we never learn. During the next recession, Governments will authorise the printing of money and the reduction of interest rates and in coming out of the recession we will do it all again. We will look for greater returns on investments through greater risk and young, inspiring entrepreneurs, will be given easy money to give their business ideas a go. Investors will lose cash, entrepreneurs will waste their most valuable asset (time) and the Government will achieve what they set out to achieve – recession bailout by the people.

Some entrepreneurs of early stage start-ups will ride the forthcoming recession and make it to the next bull market and I wish them luck. If they want to increase their chances however, I strongly advise they seek out that almost non-existent outcome of the modern start-up: profit.

It’s worth remembering that the definition of an entrepreneur is a person who by risk and initiative attempts to make profits. It brings into question I guess how many of the modern start-ups are actually owned and managed by an entrepreneur.

Jamie Waller is an entrepreneur, investor and author. Pre-order your copy of Unsexy Business here: www.unsexybusiness.com.

Jamie Waller is a self-made millionaire turned investor. Having left school with no qualifications, he began his career as a window cleaner and went on to establish a debt recovery business the JBW Group aged 24. In 2016 Jamie sold the majority of JBW (which employed over 150 people) for £24.5 million and moved into the tech sector – launching Hito, which he sold 10 months later for £9.2 million. This year, Jamie sold his remaining shares in JBW Group for £8.75m. Today Jamie is passionate about working with likeminded and determined entrepreneurs, which is why he has established £13m investment fund Firestarters .
View all posts

Jamie Waller is a self-made millionaire turned investor. Having left school with no qualifications, he began his career as a window cleaner and went on to establish a debt recovery business the JBW Group aged 24. In 2016 Jamie sold the majority of JBW (which employed over 150 people) for £24.5 million and moved into the tech sector – launching Hito, which he sold 10 months later for £9.2 million. This year, Jamie sold his remaining shares in JBW Group for £8.75m. Today Jamie is passionate about working with likeminded and determined entrepreneurs, which is why he has established £13m investment fund Firestarters .