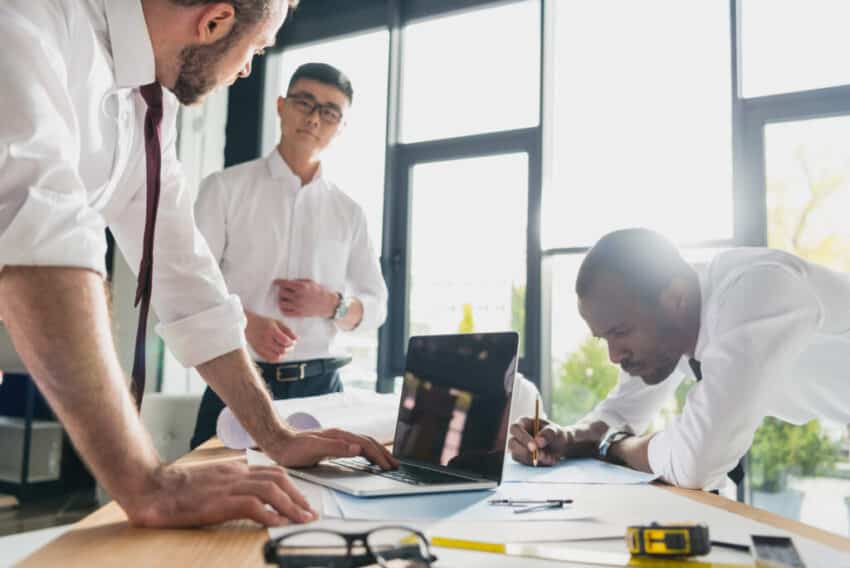 There has been a lot of talk in recent weeks about the rights and wrongs of the government’s furlough scheme, as well as, in some people’s minds, the related issue of working from home and whether it’s going to be the ‘new normal’ after the virus has been defeated.

As anyone who has been watching television news lately will know at Pimlico, as an essential service, we worked throughout the worst of the lockdown.

I would like to personally thank everyone who continued to find a way to get themselves into the office to keep the wheels on in the business.

It’s also fairly widely known that while the furlough scheme was needed at the beginning of the crisis it is my belief that it should now be stopped, so that workers across the country can be returned to their jobs, and more crucially their places of work.

As part of this important stage we have brought all our staff back to their desks and workshops, and I would also like to welcome them back, and thank them for joining their colleagues to help keep Pimlico being available 24/7 to customers.

But this is more than just a thank you note to my team. The fact that Pimlico, the company I, along with many others, have built since 1979, is now ‘back together again’ makes me very happy and is should be followed by many other businesses.

We are a company again. And it’s that word ‘company’ that’s important, especially if you think about its original meaning.

When someone uses the word ‘company’ usually they are referring to a business of some sort. But ‘company’ also means company, as in having other people around you.

So, to my mind, not joining your colleagues in the real world won’t work long-term because we’re social creatures at heart. Already even the most conscientious of people, who have been working alone for months at home, are starting to report that the isolation is having an effect on their state of mind. This is why we must get back to our colleagues and become proper companies again.

If you think about it, businesses who have been able to function with high levels of working from home are mostly trading on the comradely that they had before the lockdown.

They may not be with other members of their company every day anymore, but they remember the positive relationships, and that allows them to keep going. For now, at least.

Can you imagine what sort of dehumanising organisations we would have if entire ‘companies’ started from scratch with colleagues who never meet each other in the flesh? This is not the type of company I want to be part of, and I don’t think long-term it’s one that many people would enjoy.

So again, I say welcome back to all my company, in both senses of the word, and I hope others are doing just the same.