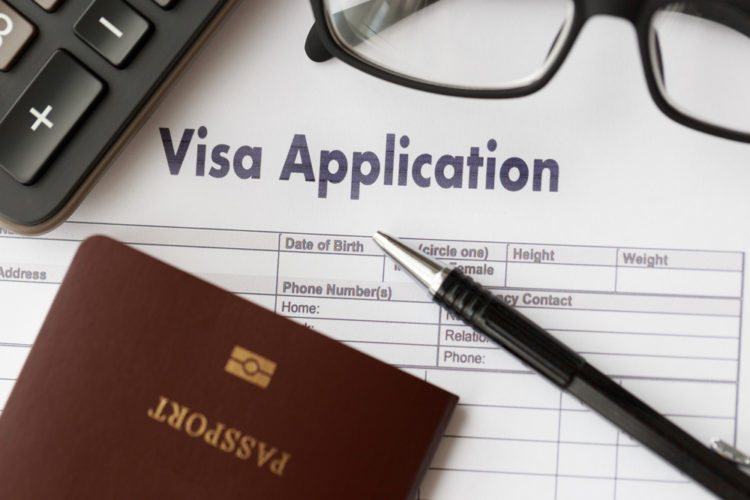 I am a living example of the positives of immigration. – I have 500 people working under my banner, with ambitions to grow that number to 1,000 in the next five years. I, the son of an immigrant, am making a contribution. I haven’t taken, I’ve given. I’ve invested in this country. The UK is my home, and I am proud to say that.

I am a lover of history. It is an abiding passion. But the history lesson of positive immigration is sadly, for various reasons, rarely told. Instead the same old lies are spread around like muck on a farmer’s field. The stench of self-preservation and power-mongering has the sick rising in my throat.

Shall we, for once, present an honest assessment of immigration, one that is untainted by political posturing and angry ill-will. OK, here goes. Yes, we are an island race. But we are an island race of migrants, be it Anglo Saxons, Vikings, Romans, Protestants, Asians, West Indians, or Jews.

The Jews, in particular, have been on the end of political vitriol for years. Why? Because it suits certain people to present them as greedy and avaricious. History tells us that in fact, their religion, as opposed to others, allowed them to lend money – money which those of other faiths both wanted and needed.

Rather than leeches, as they have been repeatedly portrayed, they were facilitators. They are a benefit to our country, not a drain. They provided an essential service – finance. They provided the money to finance wars, expeditions. Put simply, there would be no Great Britain without the Jews.

However, when those in power then couldn’t pay that money back, they demonised the Jews to try to get rid of them. It was the same old story – ‘the outsider is always bad’.

But the outsider isn’t always bad. Often they are the pioneers, the instigators, the creators of something long-lasting and special.

Look at Arighi Bianchi down the road in Macclesfield. The story of this high-class furniture store began in 1854 with a young Italian man, of modest upbringing, setting out ON FOOT to find a better life.

Antonio Arighi walked from the shores of Lake Como in northern Italy, over the Alps and across central Europe, to the little silk town. And there he began a business still revered to this day. Arighi Bianchi is a fantastic brand, and without immigration it wouldn’t exist.

That most quintessentially British of stores, Marks & Spencer, meanwhile, was formed in 1884 when Michael Marks, a Polish refugee, opened a market stall in Leeds. Tesco? It began when Jack Cohen, the son of Jewish migrants from Poland, began to sell war surplus groceries from a stall in the East End of London.

Anwar Pervez, who owns the Bestway chain of businesses including pharmacies, stores, and cash and carries, grew up in a village in the Punjab. He would walk eight miles to school and back every day. Moving to England, he undertook a remarkable journey from Bradford bus conductor to founder of a conglomerate which has made him a £1.3billion fortune.

And yet there’s a perception that allowing a foreigner into our country is a bad thing. The truth is the complete opposite. The economy is bigger with migrants working in it and that leads to more taxes and more public services. I hear people saying there aren’t enough schools. Well, let’s build more – the economy is getting bigger, the country is getting bigger, so let’s service it properly.

Too often immigration is misconstrued as people ‘coming over here’ taking their jobs. It’s nonsense. Look at taxi drivers, why are so many of them Asian? Because they have created and taken those opportunities, where others haven’t. They made the effort where others wouldn’t get off their backsides.

Those who blame others for their misfortune should sometimes look closer to home. Often the blame lies no further than their own front door. They have the wrong mindset and the wrong approach. A get up and go mentality, which has been shared by immigrants down the years, is what drives personal betterment and success. It is all too easy to sit back and blame others. It’s a victim mentality, a negative approach.

Take responsibility for your own actions and change your life.

The irony is that Britons are perhaps the biggest immigrants of all. Britain created its empire by colonising other parts of the world. A lot of immigrants from those countries who’ve come here in the last 70 years, did so precisely because of that link. They came here because they were asked to fill manpower gaps in our economy. My dad came to England because there were agencies on streets in Pakistan recruiting people to come to work here.

I’m not saying we should have an open door policy. I’m just asking people to look further than the story constantly fed to us by certain elements of the media and politicians to gain advantage for themselves. They are telling us lies.

Boris Johnson gambled the whole country on Brexit for his own personal career advancement. He did that by telling two huge lies, on the NHS and immigration.

Politicians have been doing this since time immemorial. They breed misunderstanding and mistrust and then sit back and watch the people turn against each other. All to build their own power base. Politicians should prevent the illness of misinformation and prejudice. Instead all too often they are the source of the disease.

The problems we have in this world are not racial, they are political. The Middle East has been destroyed through regime change, instigated by Britain and America to satisfy their own agendas, leading to huge rifts in those societies and civil wars resulting in waves of political refugees. People have latched on to that, but they should be blaming the cause – the politicians – not the effect – the displacement of millions of people, some of whom, understandably, would like to make their homes here.

Don’t blame the immigrants. Blame those who tell you immigration is bad. They are selling you a twisted and damaging vision.

They are selling you, and our country, short.

They should stop telling lies.

And that in itself came from a decision to stage a referendum to settle an internal argument in the Conservative Party.

Brexit should never have happened because it is based on lies based on the NHS and equally so immigration. This fear factor was all wrong.

Sir Francis Drake, knighted. He was a buccaneer; he made his money by nicking a Spanish galleon and sharing the bounty with Elizabeth 1. That gave the Treasury money to grow.

Immigration re-enegrises a country, it gives it growth, purpose.

M&S, Tesco, B&M Bestway Cash & Carry was set up by a chap who came here as a bus conductor. He now employs thousands of people, is a billionaire, and has been knighted. There are plenty of other examples of people who had done that.

Bloody Foreigners – A Thousand Years of History Of Migration to Britain.

Fact is, we have for 2,000 years not been a one-race society. We are a multi-race society, and the 21st century is a demonstration of that.

– it’s a great thing, and not enough people shout about it.

There are some incredible success stories.

Mo Chaudry is a renowned businessman who owns the UK's biggest waterpark - Waterworld in Stoke-on-Trent, and a string of health clubs made over £100M from property and leisure and has recently expanded to take on Pulse, a major fitness equipment supplier and was featured on Channel4s Secret Millionaire.
View all posts

Mo Chaudry is a renowned businessman who owns the UK's biggest waterpark - Waterworld in Stoke-on-Trent, and a string of health clubs made over £100M from property and leisure and has recently expanded to take on Pulse, a major fitness equipment supplier and was featured on Channel4s Secret Millionaire.