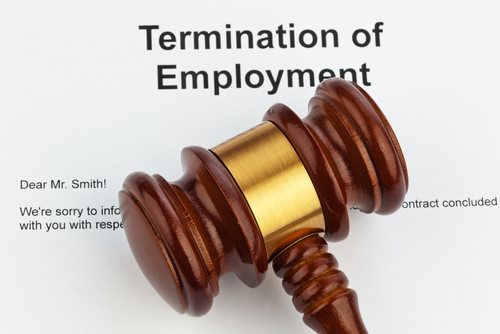 The Ministry of Justice was quoted as saying the increase was due to “an increase in claims under the Working Time Directive, which doubled over the period making 30% of the total of claims.”

Other interesting facts were that complaints about failure to inform and consult over redundancy were up by 39%, age discrimination complaints fell by 24%, and actually only make up 1% of the total, while unauthorised deductions from wages was 16%, and unfair dismissal 15% of the total. (thanks to Employers News for those figures).

It got me wondering how the changes to Employment Tribunals rules will impact on the figures? Will having to pay to lodge your complaint after July 29 this year mean we get fewer people doing it as they have to seriously consider this additional cost and whether they have a true complaint to make? Or will this increase continue because the ‘chancers’ will continue to chance their arm and lodge anyway, just adding the potential lodge costs to their overall schedule of loss, or by applying for a ‘fee remission’ and not having to pay after all?
As an employer, how will the changes affect you? It might mean you get a sudden flurry of activity from your disgruntled ex-employees who have left within the past three months as they need to lodge before the July 29 or pay. They only have three months in which to do it so that’s those who left after the April 29 2013 in the main. It also may mean you consider not dismissing anyone until after that date, again so they would have to pay to lodge against you! (Yes I know that’s sneaky and bordering on mean but I’m sure some of you would have considered that, don’t try to deny it!).

So, a quick reminder: The claimant (your ex-employee, or current employee if it’s something like a breach of contract claim) will have to pay an initial fee to issue their claim and a further fee if it goes to a hearing. There are two levels of payment depending on the type of claim being made. Level 1 claims are the really rather straightforward ones and will cover such things as holiday pay and redundancy payment claims or unlawful deduction from wages. The issue fee will be £160 and the hearing fee will be £230. The more complicated Level 2 claims by their very nature of needing more time to consider and more time in the tribunal process will, as a result, be an initial £250 to lodge and £950 for the hearing fee. These claims will be such things as unfair dismissal claims, unfair constructive dismissal and equal pay.

Let’s remember the underlying reasons for these changes are to make people consider mediation and moderate settlement options before they actually lodge. ACAS involvement has been boosted as a result. But I’m still not convinced it will have a massive impact on the number of claims being made. I see so many ‘have a go’ claimants, who after a sticky disciplinary or after an internal grievance start to see pound signs in their eyes in this ‘no win, no fee’ world we live in. They are told they have a case, and yes I totally understand that sometimes they do, but even when you a professional, caring employer follow all due process and make an appropriate decision they think they will lodge a claim just to get you to settle it and give them some cash.
Yes, as an employer you will, and should at times, consider settlement from a purely commercial perspective, after all it is often cheaper than paying someone like me to go through the process; a solicitor to lodge your paperwork and a barrister to represent you. But I would caution you, please consider carefully settling every claim. You don’t want to become a target for vexatious claimants or get a reputation for settling rather than going to court. In the end your settlements outweigh the potential costs of fighting that one case.

So are the changes due on July 2013 good or bad? I suspect only time will tell.