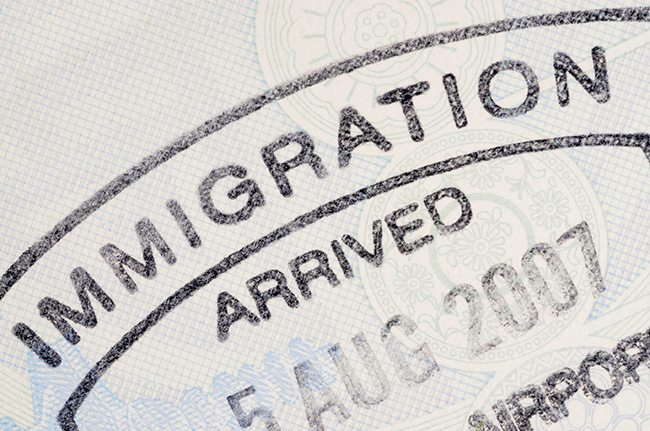 Over half of UK businesses employing non-UK nationals say they would be negatively impacted by the new proposals according to research published by the British Chamber of Commerce & global job site Indeed.

With unemployment at an all-time low of 3.8 per cent and a shortage of both skilled and unskilled workers on the horizon, why would the government propose changes to the UK immigration system that could exacerbate labour shortages?

The UK Government White Paper setting out the new proposals is grounded in the assumption that the UK will leave the EU in the foreseeable future, an eventuality made ever more likely with the elevation of Boris Johnson to PM.

Couple that with the long standing Conservative Party policy on reducing net migration and it is no surprise to anyone that the cornerstone of these proposals is that free movement will end.

Until now, EU citizens have been able to travel and work freely in the UK. No visa applications, no additional costs related to health and skills charges, and the ability to bring non-EU dependants to the UK under the relatively straightforward EEA family permit.

The end of free movement means that going forward EU workers would be brought within the existing Points Based System that currently applies to non-EU workers, although under the current proposed rules, they will be able to enter for 3 months and then stay for a total of 36 months post-Brexit, following which they would need to apply under the new immigration rules in place at that time.

That in itself presents problems for the flow of talent, both skilled and unskilled, to the UK with the government itself acknowledging an estimated reduction in the UK workforce of around 200,000 – 400,000 EEA nationals in the next five years.

The good, the bad and the controversial

There a number of proposals which will come as a relief to those businesses who employ talent from abroad, not least the following:

Other proposals have caused controversy as reflected in the research conducted by the British Chamber of Commerce & Indeed:

Minimum salary threshold of £30,000 regardless of skill level

The £30,000 salary threshold potentially excludes large parts of the UK economy that are facing skills shortages.

With more than 60% of full-time jobs in the U.K. currently paid below £30,000, it its little wonder that a wide-range of stakeholders including regions outside of London, cultural and creative industries, and vital industries such as healthcare and education have been particularly vocal in their opposition.

53% of UK business say they will be negatively impacted by the £30,000 salary threshold.

It is important to note that the UK Government has asked the Migration Advisory Committee (MAC) to review the salary threshold and has not committed to its implementation as yet.

The introduction of a short-term, transitional measure allowing low-skilled workers to come to the UK from low-risk countries for a 12 month period is intended to plug the labour shortage in low-skilled industries when free movement ends.

With workers under this route unable to switch into another visa route and subject to a one year “cooling off” period in which they will not be able return to the UK to work, businesses are concerned about its effectiveness in filling the low-skilled labour shortage.

57% of business say that they will be adversely affected by this proposal.

Immigration Skills Charge to be applied to EU workers

The UK government sees the immigration skills charge, in conjunction with a salary threshold, as the most effective way to control net migration and avoid employers’ under-cutting UK workers.

The charge currently stands at £1,000 per migrant worker for medium or large sponsors (£364 for small sponsors) and is payable by the employer with future increases likely as it generates significant revenue for the government, with £90million raised in 2017 – 2018.

⅓ of businesses say that this added upfront cost will have an adverse impact on employment plans.

The most fundamental development will be EU workers having to satisfy UK immigration rules.

Whilst certainty would be welcome, it is not yet forthcoming and so employers should prepare themselves for a general increase in the costs of employing workers from outside the UK as we head towards 2020.

Written by: Simon Walsh, Partner, and Phil Leonard, Trainee Solicitor, in the Employment and Business Immigration team of OC Solicitors