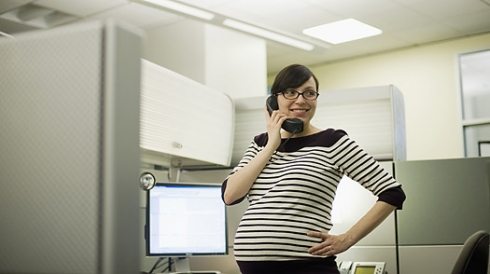 A poll of 500 bosses found that 59% agree that women perform best at interview with women out-doing men in 11 out of 18 criteria necessary for successful job meetings.

Bosses cited qualifications (80%), fit (working as part of the team and company culture) (70.8%) and personality (65.5%) as the top three considerations in choosing the right candidate.  When asked which gender delivered these criteria at interview, an overwhelming number pointed to the fairer sex.  59% of bosses believe women present their skills more effectively, 63.9% say women understand the company culture and 72.3% find women more affable and personable in an interview situation.

However when asked why there are not as many women who secure the top jobs, almost half of Britain’s business crème told TheLadders.co.uk, the company who commissioned the research, that it was because they fear that women will leave to have children.  54% agree that there simply aren’t as many female candidates as male ones and 51% say that society just expects men to be in leadership roles. Surprisingly 38% feel that there is still inherent sexism in the workplace.

And it doesn’t stop there, a further 45% say that women are simply less assertive when it comes to negotiating the top jobs and top salaries and 44.7% feel that lower pay and recognition for women is part of business stereotyping. Worryingly, over one quarter of those surveyed believe men are rewarded for being more committed than women in their jobs.

Derek Pilcher, Managing Director of TheLadders.co.uk agrees with many respondents who say that whilst women are as qualified as men for senior positions, they simply aren’t applying. “This could be for a number of reasons which may well include the belief that men dominate the top jobs and this scares women from going for interview. Yet women obviously shine at interview and as such should be securing the top jobs when they apply. What is concerning is the un-spoken reasons for not employing women, and in particular the fear of losing female management after they have had children. This too may be seriously impacting the number of women who make it through to leadership roles.”