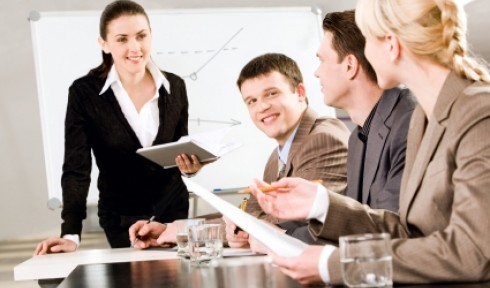 Women are better speakers… than they are often given credit for. I have always been a supporter of women and want to see more of them achieve the status of recognized thought leaders in their fields.
Having just spoken at the 6th Annual International Women’s Leadership Conference (IWLC) in Honolulu, hosted by Hawaii governor Linda Lingle (an excellent and eloquent speaker herself), I have come away with an even deeper admiration for women who choose to become speakers.
The one-day agenda boasted some of the most inspiring women in the world today including Israeli opposition leader Tzipi Livni, Beatrice Munah Sieh-Browne who heads up the 5000-strong Liberian police force and Jing Ulrich, who is responsible for J.P. Morgan’s China equity business worldwide.
Only one week earlier Ms Ulrich had been recognized by Fortune magazine as one of the world’s top 50 most powerful women. The entire IWLC was run by women, and every speaker was female. Spending time in such company was rewarding and very satisfying, but an astounding realization hit home at some point during the day.
This all-female line-up made an impact because it was so rare. In normal, non-women’s events, the number of female speakers is usually much lower than 50%. We simply don’t get to see as many of them.
It is not immediately apparent why it is harder for women to excel in the speaking profession. I believe it is a numbers game where the rules have been shifting slowly. Quite simply, many women have not had as much time in the saddle. I agree with Malcolm Gladwell , author of Outliers, that people who truly excel at what they do have, in most cases, thousands of hours of extra experience.
Women first started to emerge in mainstream speaking in the 1960’s and 1970’s, and it has required them to break into traditionally male-dominated conferences. They need to get those hours under their belts but they are still often seen as a risky option.
Therefore women speakers continue to be fewer in number and they may be victims of a Catch-22 where they need more experience but they are not getting it because of their lack of experience. Some women are put off by the challenge, so they don’t even throw their hats in the ring, which is a real shame.
The joy of listening to good women speakers is just as great, if not greater than, that of listening to good male speakers. Female energy is underrepresented in most business conferences. Women’s points of view and the emotional intelligence with which they are presented are often very thought-provoking and stimulating.
And the novelty of women on stage certainly adds interest. This will continue until a good balance is achieved. I am not for one moment suggesting anyone book sub-standard speakers just to get more women on stage.
That would be tokenism and that would be bad business practice. I am, however, interested in seeing more good female speakers get a chance to share their wisdom, shine and liven up some of the more male-dominated events. These women could be better than you thought.