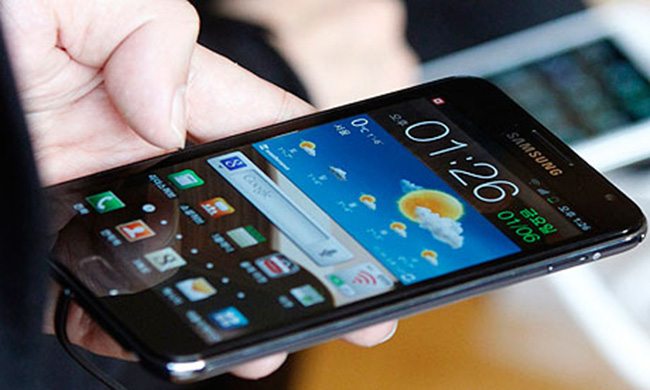 Samsung is looking to outsource its fifth smartphone production to China next year.

The company believes that this is the best way to curb stiff competition from its closest rivals like the LG.

But this move has attracted lots of criticism, especially from the folks who are quite familiar with the implications of such moves.

In October, the electronics manufacturer shut down its smartphone production in China. But it is now rendering the production of Samsung Galaxy to Wingtech, a production firm that is not so much known outside China.

The company has recently manifested some reluctance to come clean about the volumes involved, but reports have it that it is planning to ship at least 60 million phones made in China. These phones are believed to have been made by the so-called Original Design Manufacturers (ODMs). This will be from a total of 300 million devices that have already been made by the same company.

Wingtech and other less famous ODMs are known to make phones for companies such as Huawei, Oppo, and Xiaomi and has provided them with the economies of scale to keep their prices down. These contractors are known to be quite nimble and can come up with new phone models very fast.

According to critics, by making this move, the company will lose control of its quality, and this might hurt the company. They will be giving their rivals, like LG, the chance to gain a competitive advantage. This will happen when the contractors manufacture too many phones, hence forcing them to lower the cost of their products. It is more like opening another quality crisis that might bring down the company.

But those who are familiar with such moves claim that it has been done because the company has no choice. It is looking to save the cost of production to stay on the market. This is why ODMs must come into play and maybe try some gimmicks for them. Another source claimed that this is more of an inevitable strategy than a good strategy.

In a statement, the electronics manufacturer reported that it has been focusing on making a few phones out of its available plants to enhance its present portfolio. This way, it will ensure more efficient management in the market. However, it refused to come clean about the number of phones that have already been made by the ODMs, claiming that future volumes have not been determined yet. Wingtech was requested for comments but also chose to remain silent.

According to extensive research from Counterpoint, ODMs can procure every component required for $100-$250 smartphones for between 10% and 15%, which is less than major brands that have factories in China.

According to one supply chain source, Wingtech can acquire certain parts for up to 30% less than what Samsung Electronics pays in Vietnam. The electronics manufacturer has three factories manufacturing smartphones, home appliances, and TVs in Vietnam. Wingtech secured a contract to start making phones and tablets for the electronics manufacturer back in 2017. But this is the ODM that is behind the creation of phones like Huawei, which means the overall quality of the phones is quite high.

The company will give Wingtech the privilege to make its Galaxy A series, and it is believed that most of them will be taken to Southeast Asia and South America.

It is not clear why the company has decided to shift production to China, even if it might impact the overall quality of the products and how the market reacts to the same. It is hoped that they might reconsider the move and come up with a better solution. In the meantime, you can get some money to buy your next mobile device by selling your current phone on Sell My Mobile.