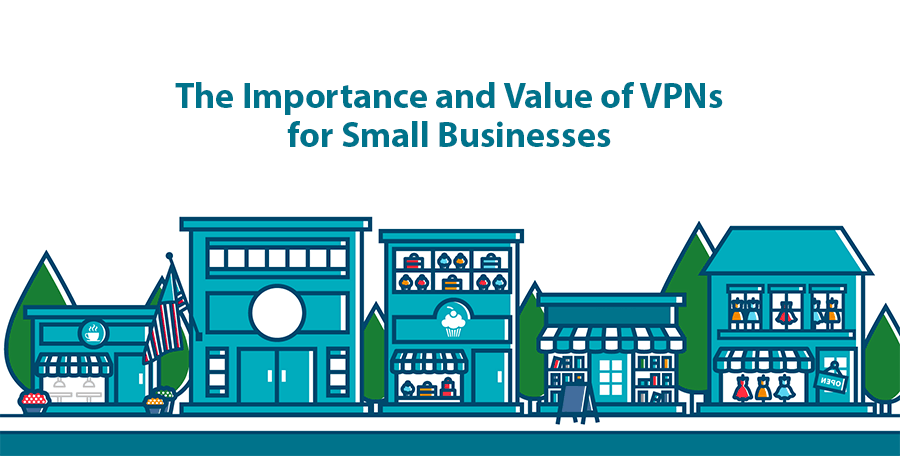 The benefits of virtual private networks (VPNs), or programs that allow you to change your IP address and, in turn, appear as though you’re browsing from a different location, are pretty well-documented—for individuals, that is.

The advantages of enhanced privacy, malware resistance, and the ability to subvert geo-restrictions are considerable, so it’s not difficult to see why so many groups and people tout VPN services for use on home computers and phones.

What many of these proponents don’t know, however, and what many small business owners are unaware of, is that VPN software offers small and medium-sized companies a number of outstanding perks. And in a day and age when every possible business advantage comes in handy, these perks allow tech-savvy and innovation-minded individuals to get a leg up on the competition, says Naomi Hodges, the cybersecurity security officer at Surfshark.

Let’s take a look at some of the benefits afforded to small businesses by virtual private network software!

If you’ve browsed the internet without a VPN, you’ve probably noticed, at one time or another, some advertisements that claim to offer the best pricing and availability on the product(s) you’ve recently searched for. These targeted ads can be found on website banners, above comments sections, and most annoyingly of all, over the entirety of your screen.

This is because internet service providers and third-party companies target their advertisements based on your activity. After a substantial amount of time has been spent surfing the web without a VPN, the mentioned advertisements, solicitous emails, and even physical mail will turn up, and in most instances, it’ll be curiously tailored to your specific search and purchase histories.

For individuals, this invasion of privacy is a major inconvenience and disappointment; for small businesses, this invasion of privacy is a potential detriment to productivity and viability. There are so many pitfalls associated with solicitous ads that most companies, whether or not their employees make the mistake of engaging or being distracted by one of these adverts, would be wise to avoid the risks associated with non-VPN browsing by purchasing a reliable virtual private network program.

It must also be briefly mentioned that virus-laden spam emails are often sent based upon one’s IP address. As a result, VPNs will help to reduce the number of spam emails received, and in turn, the chances of downloading a virus or malware will drop.

Bluntly stated, there’s only a small chance of a local business collecting internet data on another local business by accessing IP address information; even stiff competition has its limits. However, anything is possible, and larger businesses and corporations do just this—access IP info—all the time. There’s nothing technically illegal about doing so, and by the same logic, there’s nothing illegal about protecting your company, either. Hackers and professional data collectors employ the same means of securing info, and it all comes down to pinpointing someone’s unprotected IP address.

When activated, VPN software makes one’s online activity anonymous and invisible. No longer can internet service providers, competitors, companies, advertisers, or others see what the web-connected devices on a network are doing, when said devices are connected to a VPN. And when these entities cannot see what you’re doing, you’ll benefit from a far smaller risk of being targeted in a hacking or data-collection scheme.

Many of today’s leading antivirus software companies, in a testament to the importance and usefulness of virtual private networks, also happen to offer VPN software. What’s more is that customers—and particularly small businesses, given the scope of their antivirus and VPN needs—can receive a large discount from certain antivirus companies when their antivirus and VPN programs are bundled together.

This tip isn’t guaranteed to work (after all, not every AV company offers a bundle discount), but if you’re a small-business owner, it’s worth checking to see if you can save some extra cash on your software licenses. Furthermore, if an antivirus company does offer a bundle discount on AV and VPN programs, there’s a good chance that additional bundles are also offered. A killer deal on antivirus, VPN, data recovery, data sharing, and hard-drive cleaning programs sounds like a winner!

All the benefits described on this list culminate and coordinate to create substantial peace of mind. There’s no telling how exactly protection from hacking, a safeguard against solicitors, and a guarantee of information staying in-house will benefit small businesses, but logically, it seems as though companies that enjoy these advantages will be additionally productive, efficient, and cost-effective. Perhaps more realistically, it seems as though companies that don’t enjoy these benefits will be rendered less productive, efficient, and cost-effective.

These VPN benefits are valuable enough to make a substantial difference in a small business’s manner of operation and success. Because of this and their low cost, VPNs are worth considering for every regional company in the world. Check out our other guides and articles for more information on virtual private networks, including software options that might be ideal for your specific wants and needs.