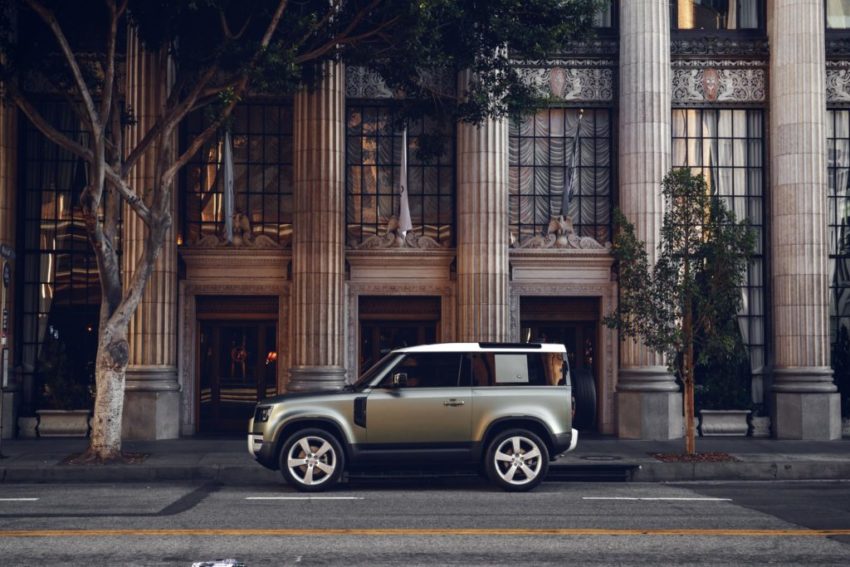 Order books for the Land Rover Defender 90 have opened following the successful launch of the Defender 110.

The new Defender is the toughest and most capable Land Rover ever made and delivers 21st century connectivity with unstoppable off-road performance.

The first Defender 110 models will be delivered to customers from spring this year with three-door, short-wheelbase Defender 90 models due to arrive later this summer.

Since its world premiere at the Frankfurt Motor Show in September 2019, Land Rover has experienced unprecedented demand for the new 4×4. More than 1.21 million people have configured a vehicle on the Land Rover website, and over half of those chose one of the four Accessory Packs.

The Explorer, Adventure, Country and Urban packs give New Defender a range of distinct personalities. For the Defender 110, the Urban Pack – which includes a front undershield, bright rear scuff plate and metal pedals, plus a spare wheel cover – has been the most popular choice, selected in more than 35 per cent of the configurations that included an Accessory Pack, followed closely by the Explorer Pack.

Finbar McFall, Land Rover Global Product Marketing Director, said: “We have experienced unprecedented demand for New Defender 110 and the official introduction of Defender 90 is sure to boost interest. As the family grows to include an efficient plug-in hybrid powertrain and commercial derivatives later this year, we look forward to continuing this success. If our experience with the Defender 110 is anything to go by, we can expect over half of customers to opt for one of the four Accessory Packs, making New Defender the most accessorised and personalised Land Rover we have ever produced.”

The innovative Front Row Centre Seat (otherwise known as jump seat) allows three people to travel in the front row. Conceived and designed as an occasional seat, the practical addition means the Defender 90 can accommodate six occupants in a compact family hatchback length body. When not in use, the seatback folds down to provide a front armrest and oddment stowage, including a pair of additional cupholders. Practicality is a hallmark of Land Rover interior design and the new Defender 90 comes with an abundance of storage opportunities including a choice of high and low centre consoles.

New Defender is the most capable and connected Land Rover to date and can trace its roots back to the original Series I model of 1948. The 110 and 90 body designs will be available as practical commercial models later this year while a highly efficient Plug-in Hybrid Electric Vehicle (PHEV) powertrain will also join the line-up.

The iconic 4×4 embraces 21st century technologies and introduces Land Rover’s Pivi infotainment, which features an intuitive interface and its own back-up battery for always-on responses. Advanced software-over-the-air updates also ensure customers benefit from the latest software at all times, wherever they are in the world.

The New Defender 90 is priced from £40,290 in the UK and the Defender 110 is priced from £45,240. To configure and order yours online, click here: www.landrover.co.uk/Defender. Later this year, practical commercial derivatives will join the range priced from around £35,000 (plus VAT) in the UK.