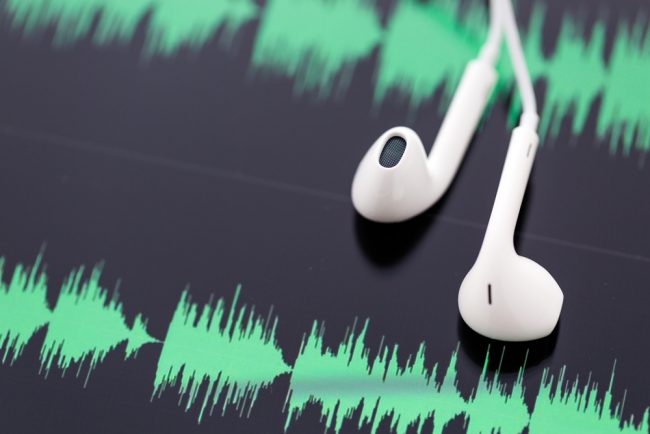 This assignment focusing on the research and experimentation that I completed for assignment 1. From my previous research I decided to create a podcast series for the title Business Matters Magazine (BM). This project focusing on podcasts from experts and other SMEs to help listeners grow their own startups and businesses.

To gather information on podcasts and to find relevant subjects for our readers I took a two pronged approach. Firstly I looked at the statistics for the BM website, I looked at most popular pages for the month of March and from their picked five subjects that covered the most popular topics those are as follows:

Once I had gathered the info I started to look for possible interviewees for the podcast. I did this by contacting our existing columnists, either directly or through the relevant PR channel. Working with the PR’s and individuals we then developed an outline of areas of expertise and discussed the content of the each podcast. From there I put together an outline for each interview and sent it through to be signed off (appendix A). I decided to work with each individual or company rather than structuring it myself to allow interviewees to do some background research and be completely comfortable with the subjects that we would be talking about.

During my first assignment I used a small Philips Tracer, whilst small and portable, I wasn’t completely happy with the sound that was created. A large amount of background noise was picked up, which was then difficult and time consuming to remove. For this assignment I decided to invest in a USB microphone and after reading a number of reviews such as this techradar review I purchased a Blue Yeti USB microphone. This allowed me to record straight to my laptop and provided a much better quality of sound. As a newcomer to podcasting and audio recording I found two features of the Yeti particularly useful. Firstly, the gain dials allowed me to control and allow for different sound levels form participants without having to move the microphone. For quieter speakers I was able to increase the gain and for louder subjects I was able to lower the gain, resulting in a consistent sound level throughout the series of podcasts. The second feature was the ability to set the tri-capsule microphone to record sounds directionally. For the podcasts I set the microphone to bi-directional, which then picked up speakers either side of the table without picking up too much background noise.

For the postproduction editing I used Adobe Audition. During the interview I was able to record straight to the laptop and monitor the level of sound to help ensure that the level were correct.

I arranged to meet everyone taking part in the podcasts on Friday 25th March at Fawsley Hall in Northamptonshire. This was due to participants travelling from around the country and this provided a good central location. It was also a relaxing space and the hotel allowed us to use a small private dining room to record the interviews free of charge. When planning the podcast my aim was to create an informal and yet informative cast and I felt that by choosing a pleasant location it would help create that atmosphere. Whilst the location was quiet there were a number of members of staff that passed through the corridor outside and which was picked up by the microphone, however during the editing I felt that it wasn’t significant enough to try and remove and in some cases made it more authentic, in fact during the health and safety interview the fire alarm was also tested, which you can hear in the original file.

To maintain the informal air to the podcast I decided to steer away from a script (appendix A). The overview provided enough detail to refer to without sounding stilted. On several occasions we took a small break to quickly talk through the point we were about to cover and then continued. I recorded the interview in one long take so as not to have to mess around with the microphone as this may have distracted the participants. Whilst this made things trickier during the editing process it meant that we could continue to talk without distractions.

As mentioned previously I used Adobe Audition to edit the podcasts. I made the mistake of saving the audio files in wav format, rather than mp3, which meant that I then needed to reformat the files before I could start the editing process. Once reformatted, I found the Adobe software to be extremely easy to use compared to Audacity, the free software I trialed during the first assignment. By using simple trimming and cutting techniques I was able to edit down the large files. I found some really helpful tutorials on YouTube in particular this cutting and trimming video helped to save me a lot of time when editing the files. I had originally hoped to hit around twenty minutes for each podcast, after speaking to Acast and looking on iTunes, I found that podcasts featuring advertising were around eighteen to twenty minutes. However, once I started editing the audio files I found that the flow was better if I split the interviews down into subjects, and I was also conscious of keeping the content relevant. This meant that I ended up having a variation of lengths, with most being less than twenty minutes. Whilst this limits how we could monetize the podcasts I feel cutting down the length and editing out some of the conversation made it easier to listen to.

Feedback from the first assignment noted that I could have been more creative. I wanted to address this and my aim was to create a podcast that included other content. During my first assignment I spoke to Acast, a podcast hosting platform. After meeting with them again I decided to host the podcast with the platform, the major advantage to this what I was able to embed visuals, links and extra information within the podcast. I decided to use the skills that I learnt in the assignment when working with audio slides and the podcasts with longer form content for the BM website. The problem with hosting with Acast has been the time it has taken to get up and running, due to this I have had to look at alternative solutions for this assignment. By using iMovie I have created the same content in an audio slide show that I can then transfer to the Acast system, the audio slideshows can be found here. I then combined the podcasts, and audio slideshow into one single article on the BM website. This means the other podcasts can still be featured on the Acast site without conflict.

During my research and when sharing podcasts I chose to focus on using twitter and soundcloud. I made this decision based the types of engagement I had on these platforms and in other forums such as Google+ and meetup. People looking on twitter for podcasts are not only looking for technical advice and to exchange ideas but also are more forward in asking for new recommendations and suggestions on what they should be listening too. I have shared reviews through the system (Appendix A) and engaged with other podcast users.

Whilst speaking to all the participants I gave them the option of including a headshot, photo of their offices, or a logo. I either received these directly or through the PR agency, they owned the rights to these and gave me permission to use them where appropriate.

Although I signed up with Acast at the beginning of this project, there is a lengthy time period between registering and validation to getting your first podcast on the system. This has been a big problem for this project, looking at the bigger picture this project has led to Business Matters launching a weekly podcast and securing a sponsor for the podcast for the next few months. As such I have had to choose one interviewee to feature in this project rather than being able to include all of them. Whilst not a problem for the future of our podcast series I did find this irritating due to the work that I had put in to the preparation and production of this series.

Overall this has been an excellent project to work on, I feel I have developed my editing skills and in the future I will be focusing on my interview technique. As someone that is used to transcribing interviews it has been a very different experience and have found it hard to change my normal interview style. I have a slight stutter when nervous and was quite conscious when editing the audio files that this came across.

As mentioned above we have been lucky enough to have had sponsorship interest in the series and as such will be launching the podcast as a weekly edition that will be available on Acast, iTunes and the BM website.